"Talk To Me" and Glacier Exploration – Artists Smite & Smits in Iceland

With the support of Nordic Culture Point Mobility program, RIXC artists Rasa Smite and Raitis Smits travelled to Iceland, from 18.09 - 24.09.2019.

In Akureyri, they participated in Talk to Me exhibition closing program organized by the Latvian curator Astrida Rogule. Before dismantling their installation - "Talk to Me, human-plant communication", they collected the outcomes – thousands of live webcam images and 3455 messages, which were delivered by the exhibition visitors to the mandarin plant, growing in the Akureyri Art Museum since June 1, 2019. 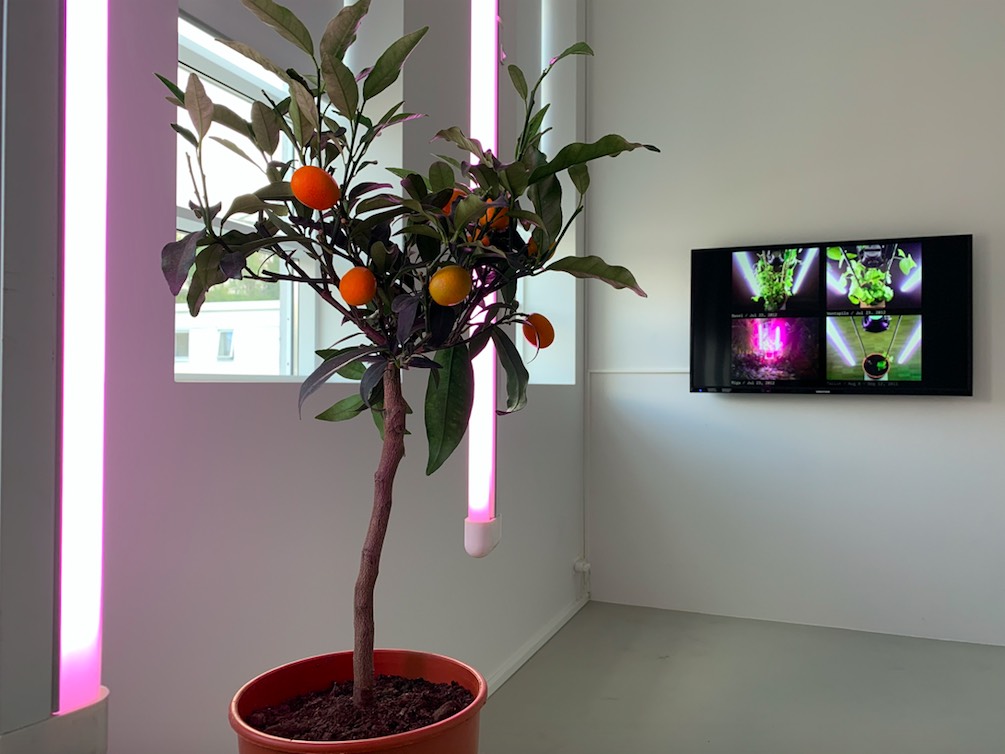 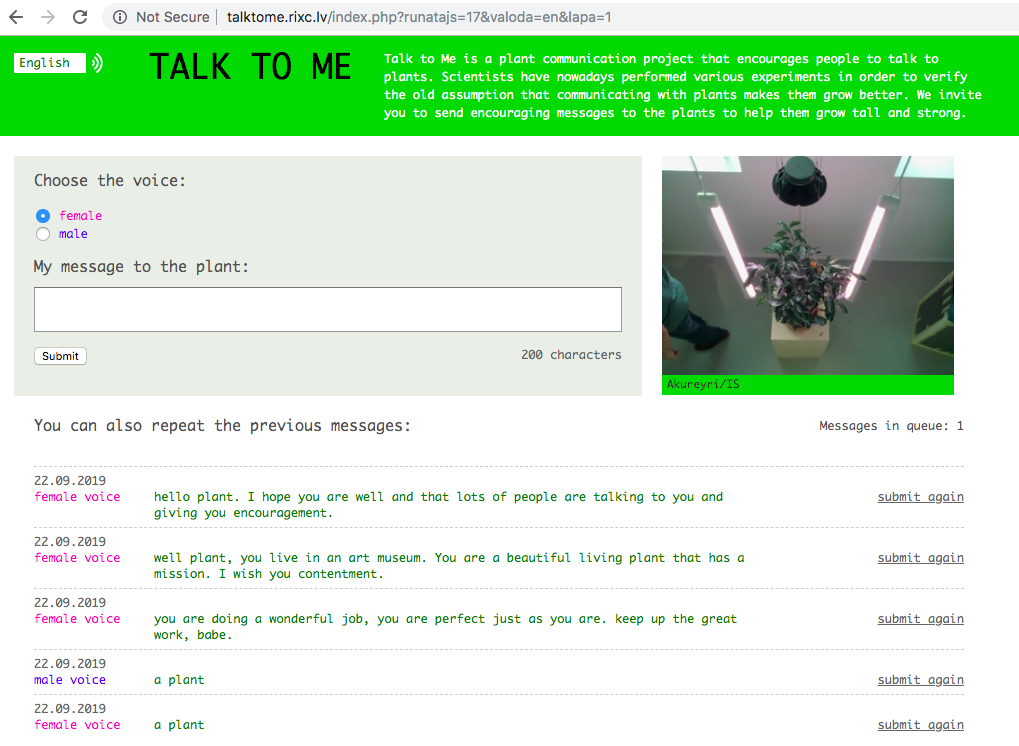 With Akureyri Art Museum director, future residency possibilities was discussed. They also had a meeting with Margrét Ólafsdóttir, researcher and art educator from Akureyri University, discussing Iceland artist participation in Renewable Futures, Baltic-Nordic network projects and events in Riga and Oslo in 2020. They also learned about local art spaces, and contacts for the people from Akureyri Botanical garden, and plant scientists.

The travels between Akureyri and Reykjavik, as well as from Reykjavik to Sólheimajökull, were the most important part of this research trip. It was an amazing experience to see the clouds raising and connecting the Earth and its Atmosphere, small volcanoes who represent the end and beginnings of planet's vegetation, and water (fall) which transforms into cloud patterns. 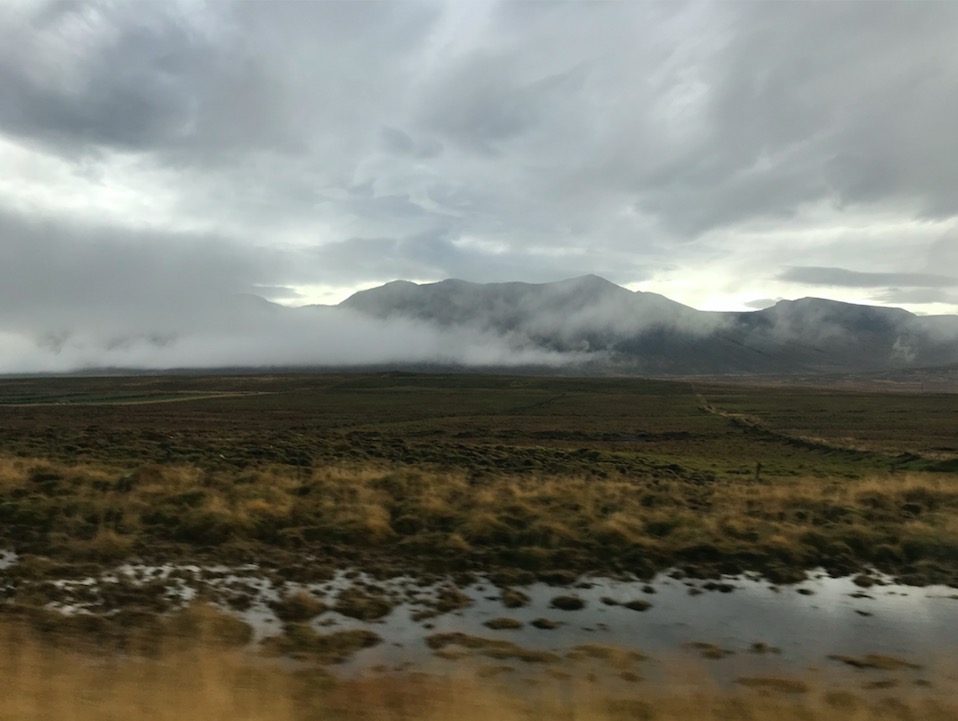 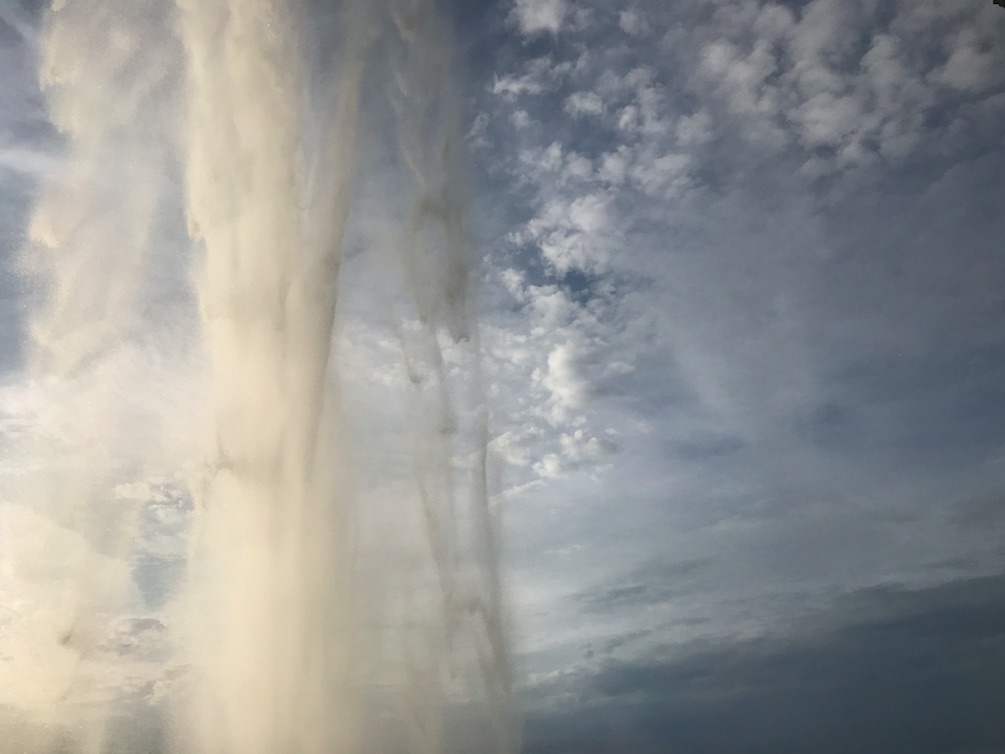 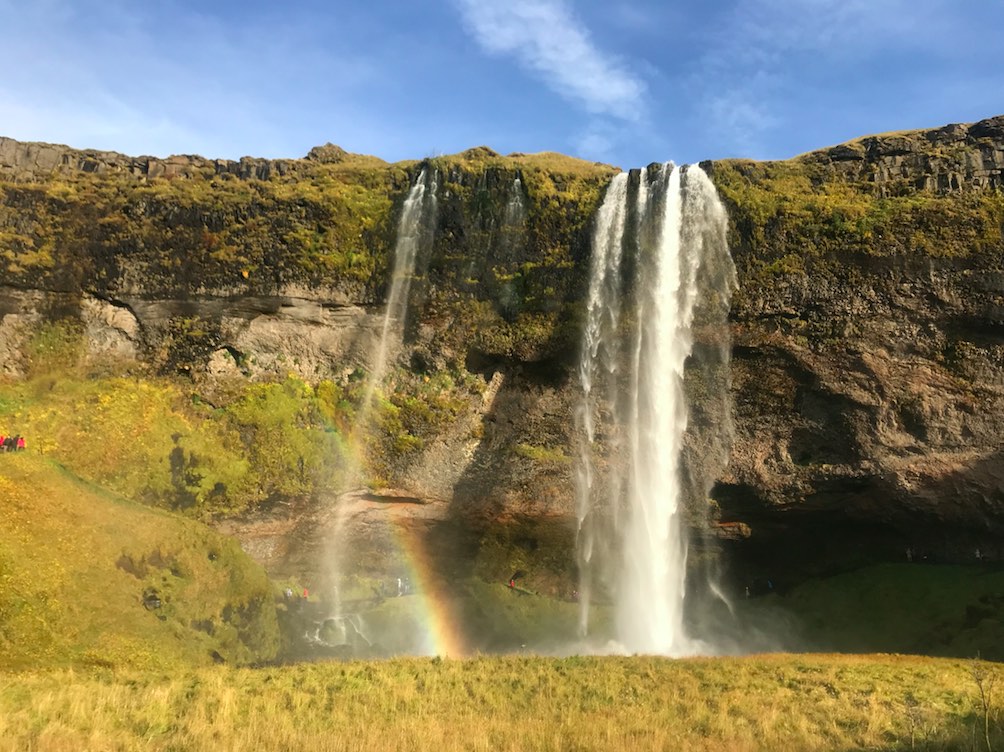 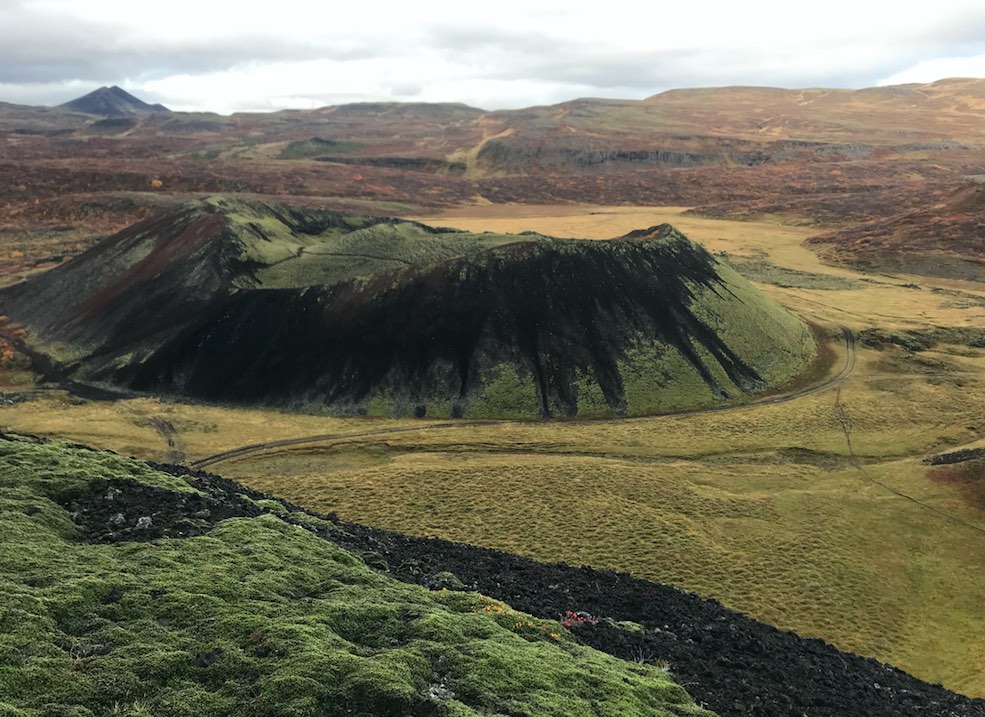 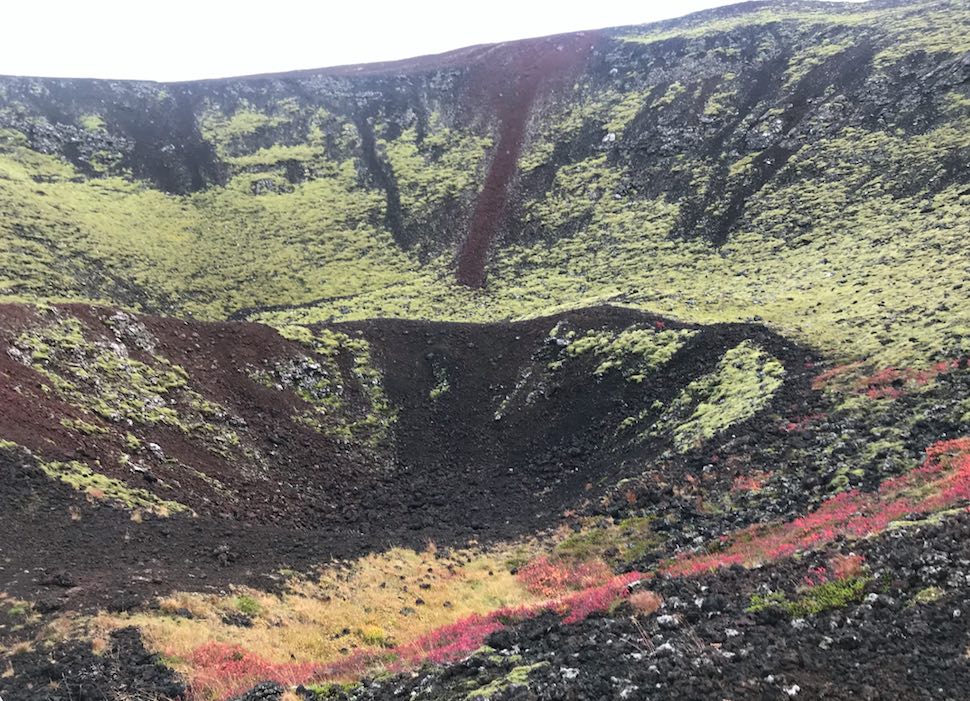 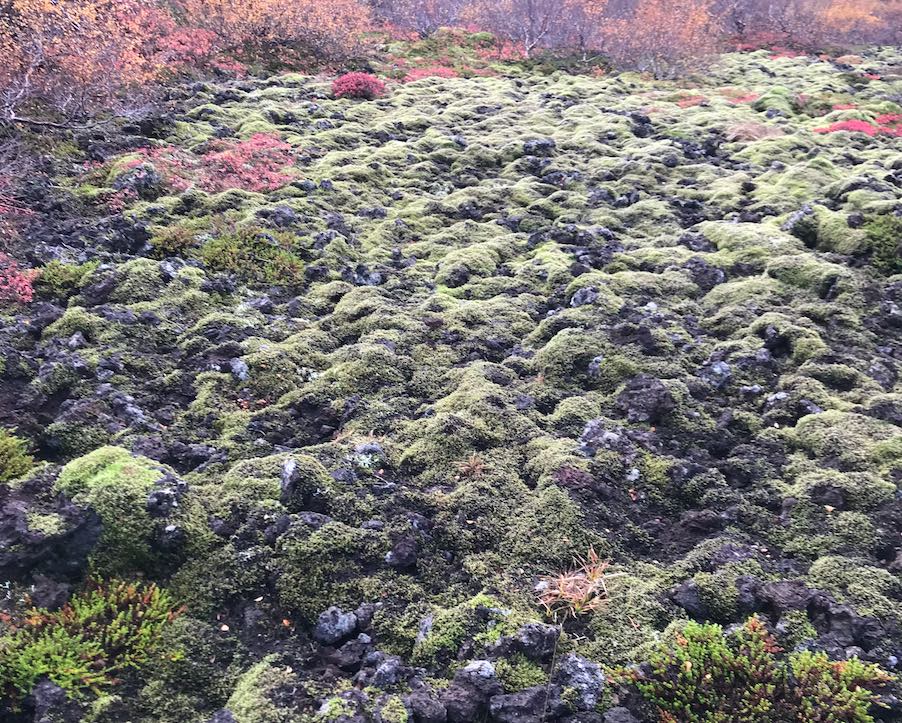 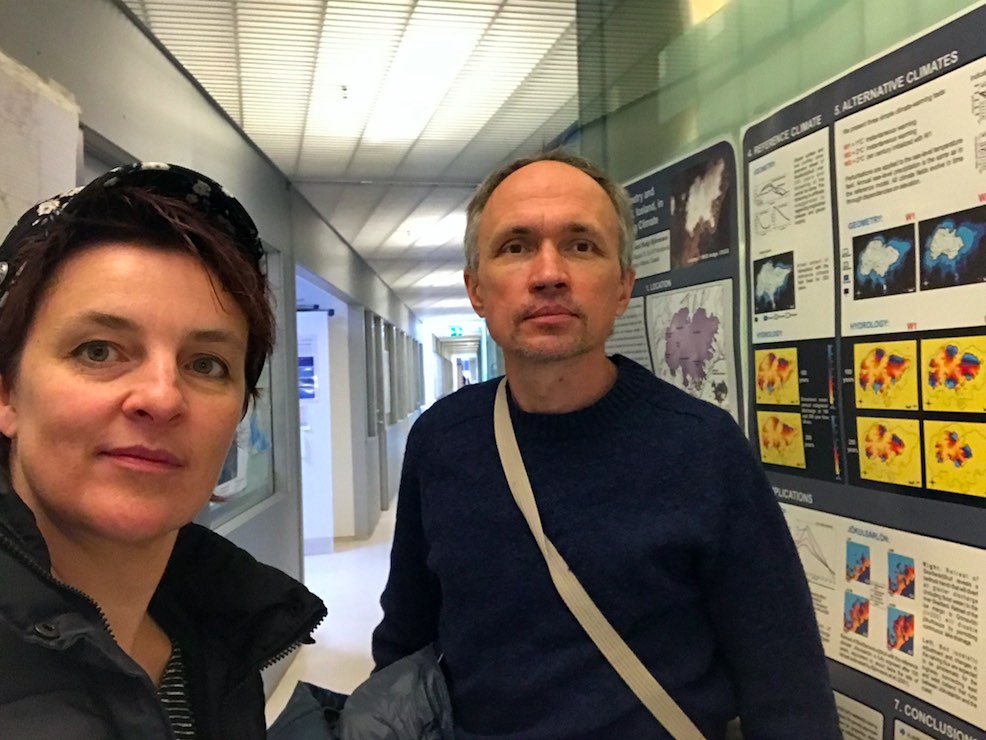 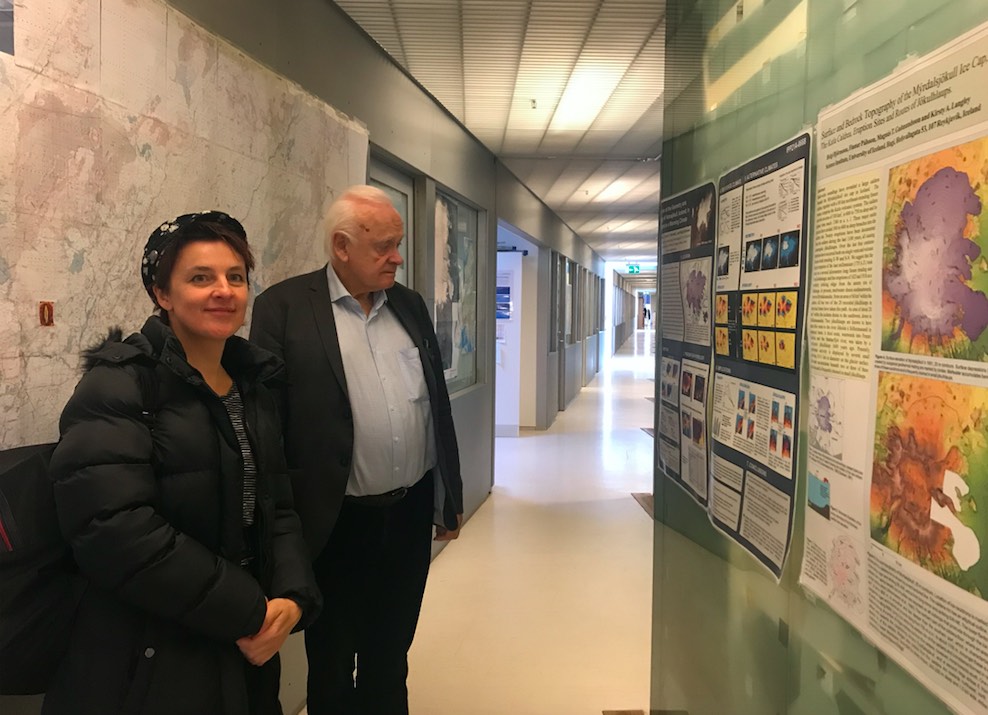 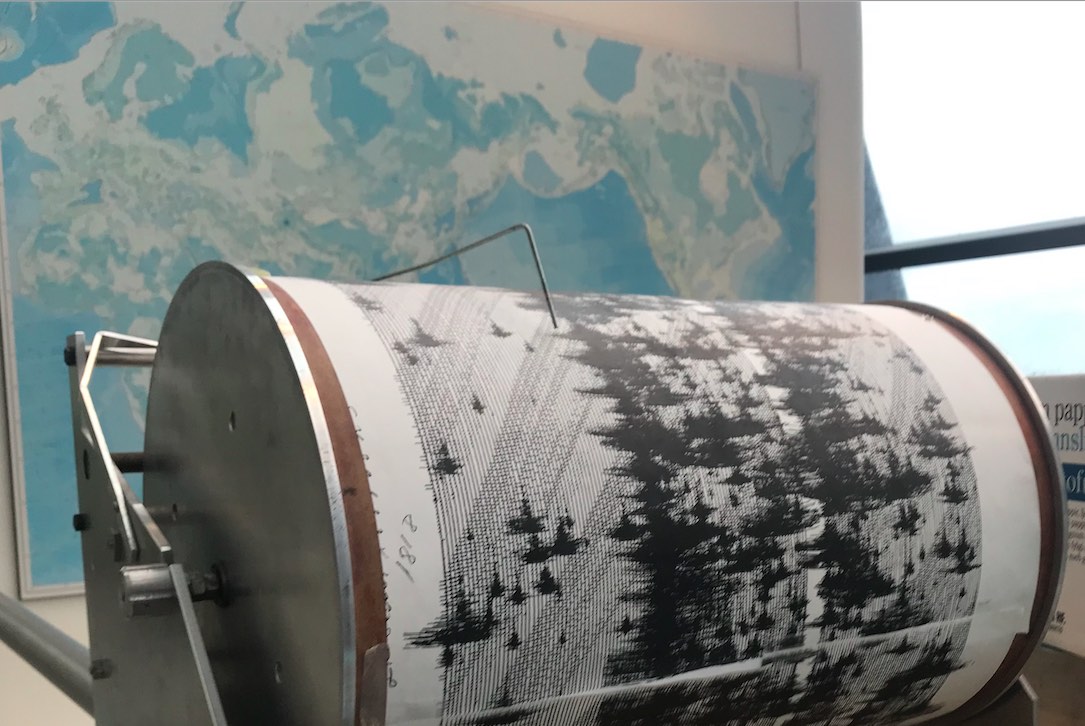 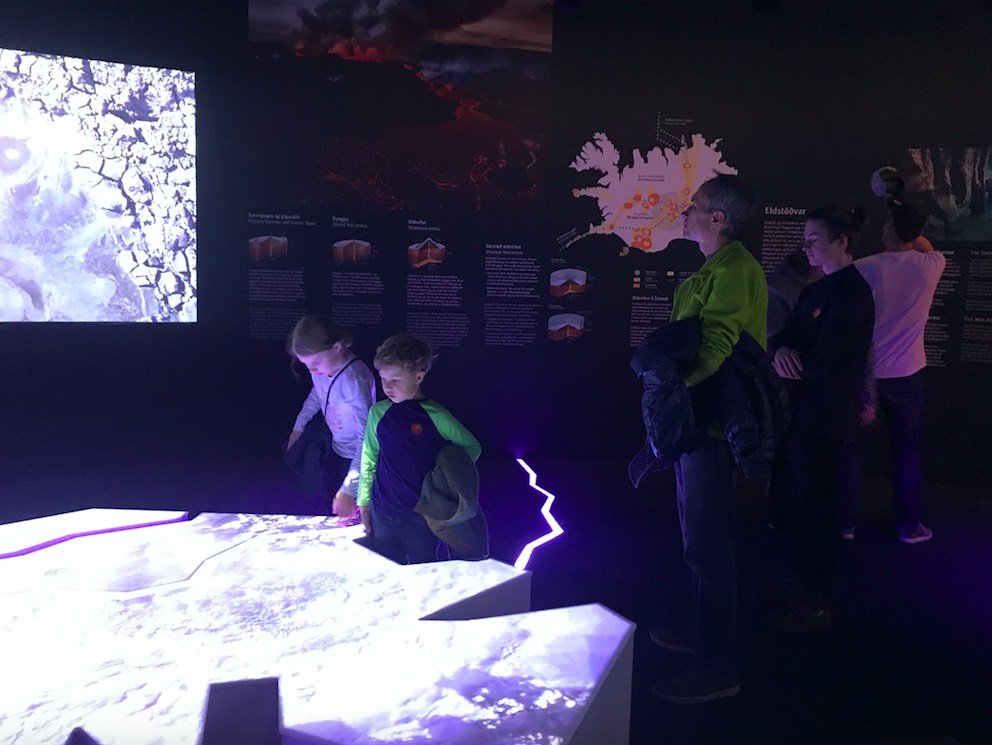 … and finally went to a field trip and glacier walk to Sólheimajökull. 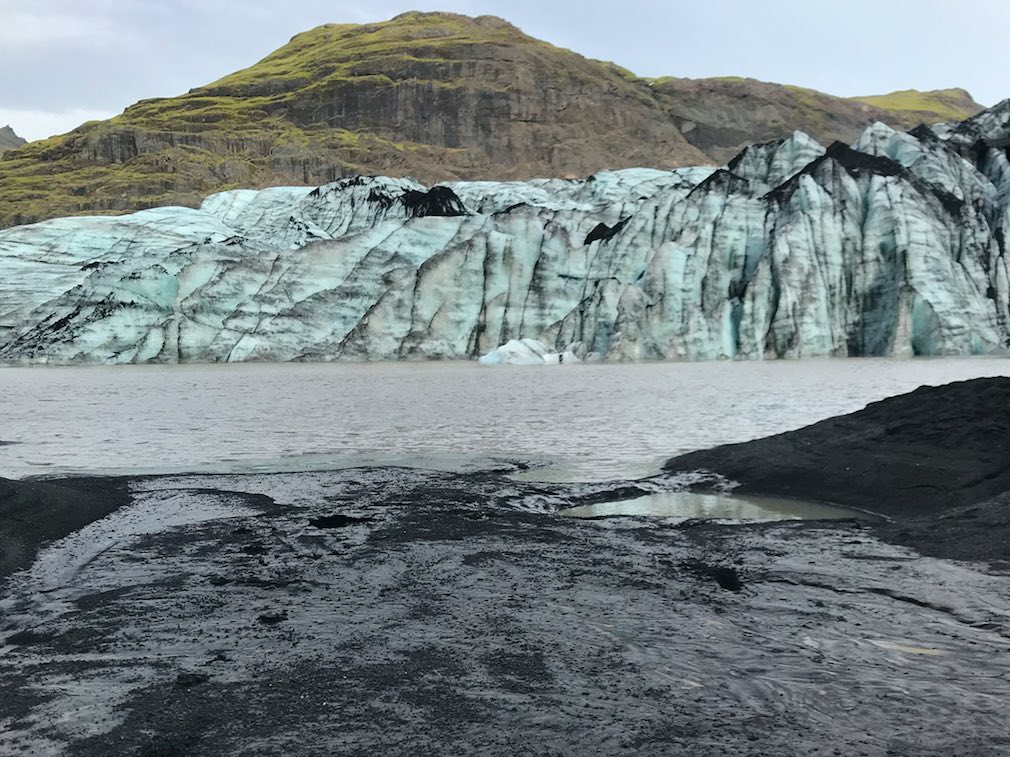 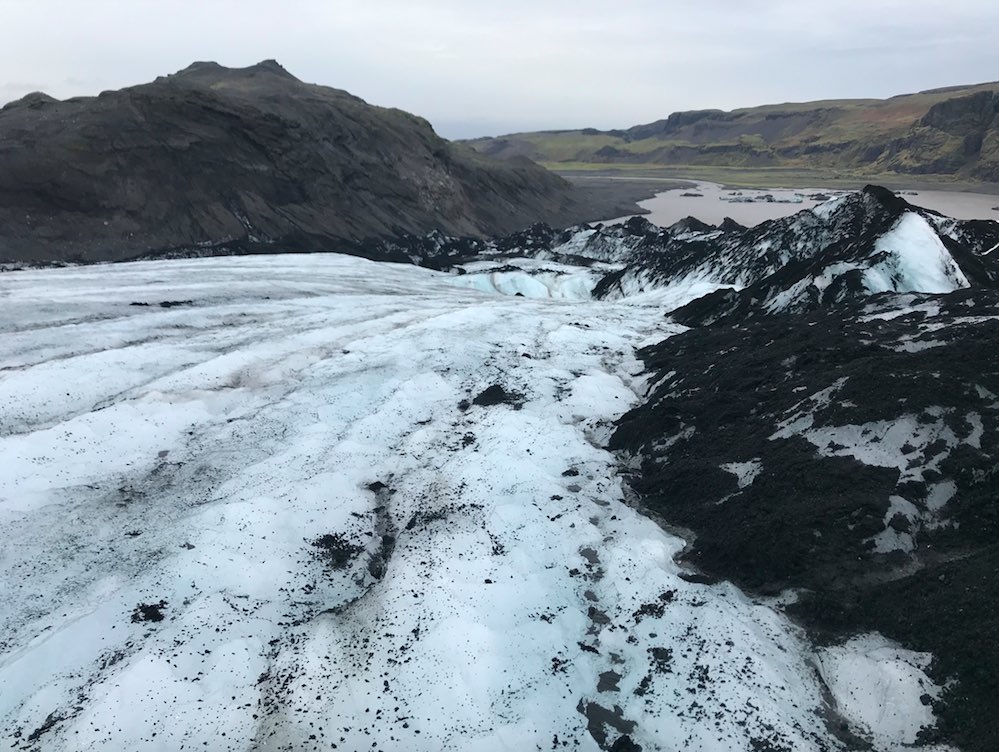 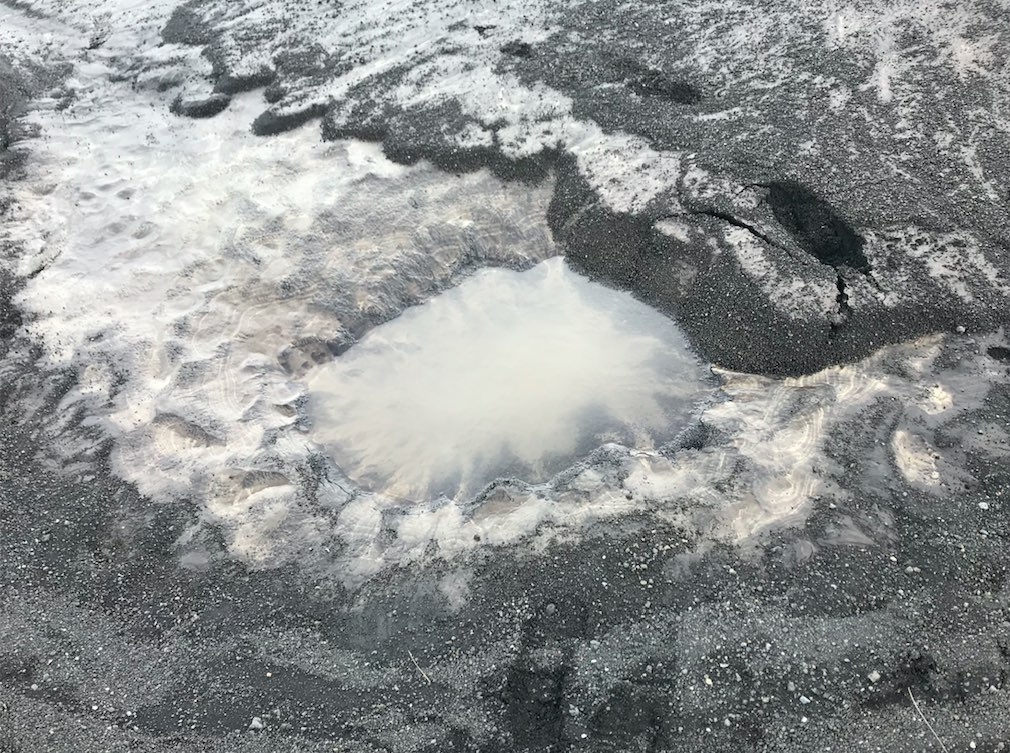 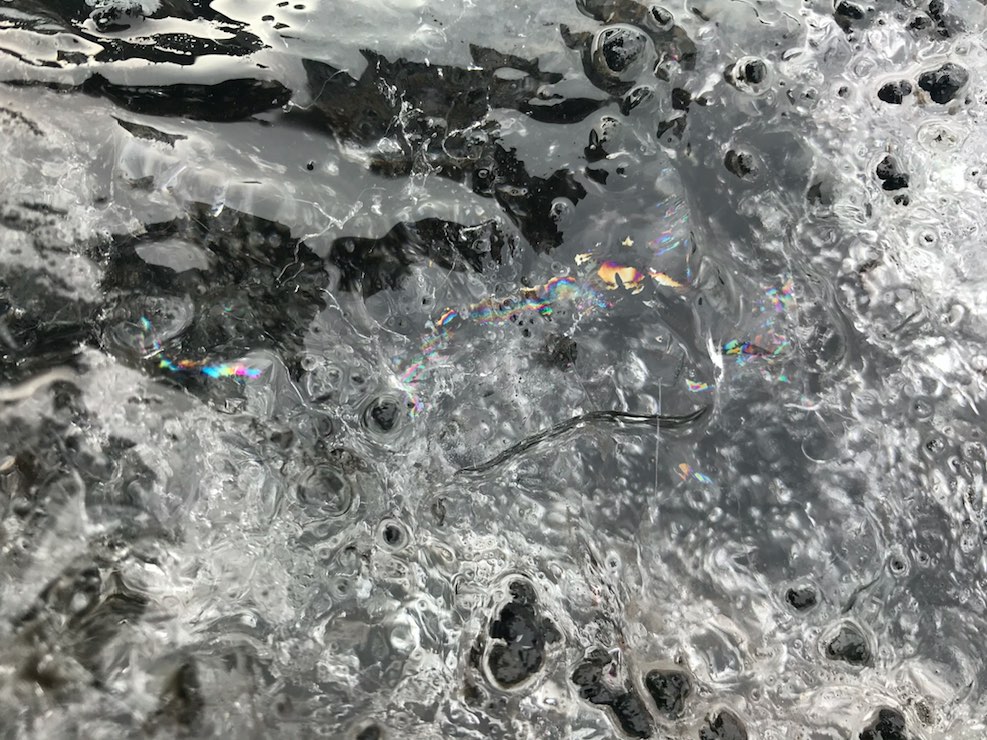 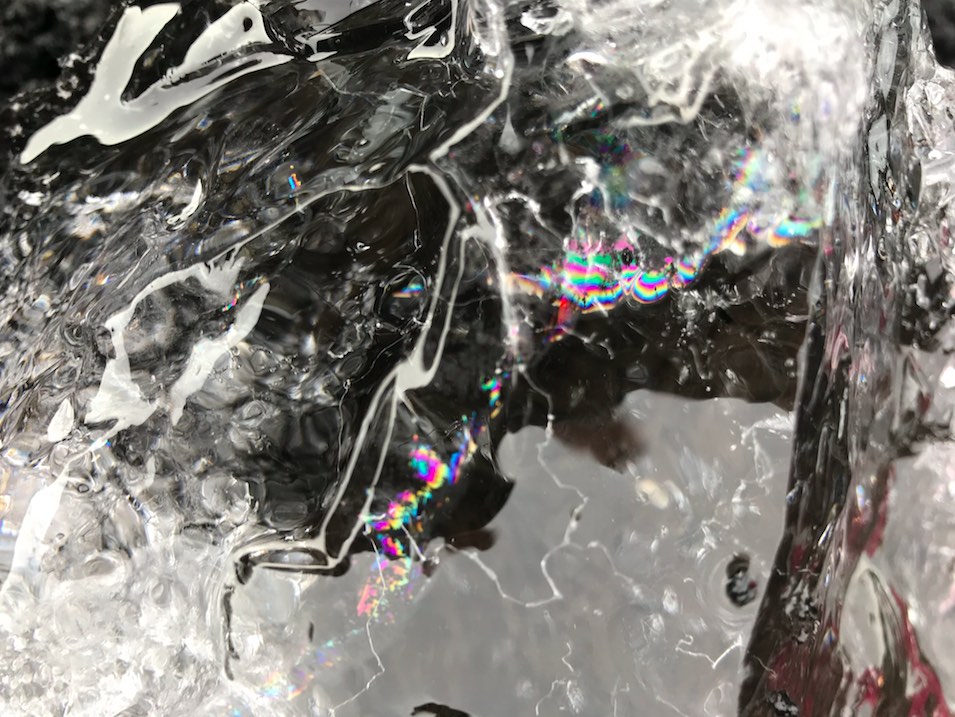 On their way back, in Reykjavik, they met with Æsa Sigurjónsdóttir, curator, who expressed her interest in showing our new (forthcoming) artwork on "glacier explorations" in Reykjavik university next year.

Hence, the trip to Iceland by Rasa Smite and Raitis Smits was really successful, as it achieved multiple outcomes, the main of which includes:

2) discussed Iceland artist and scientist involvement in Renewable Futures network, and its next conference events in Riga and Oslo 2020, which is a part of a larger European network project "GREEN Revisited", supported by Creative Europe. 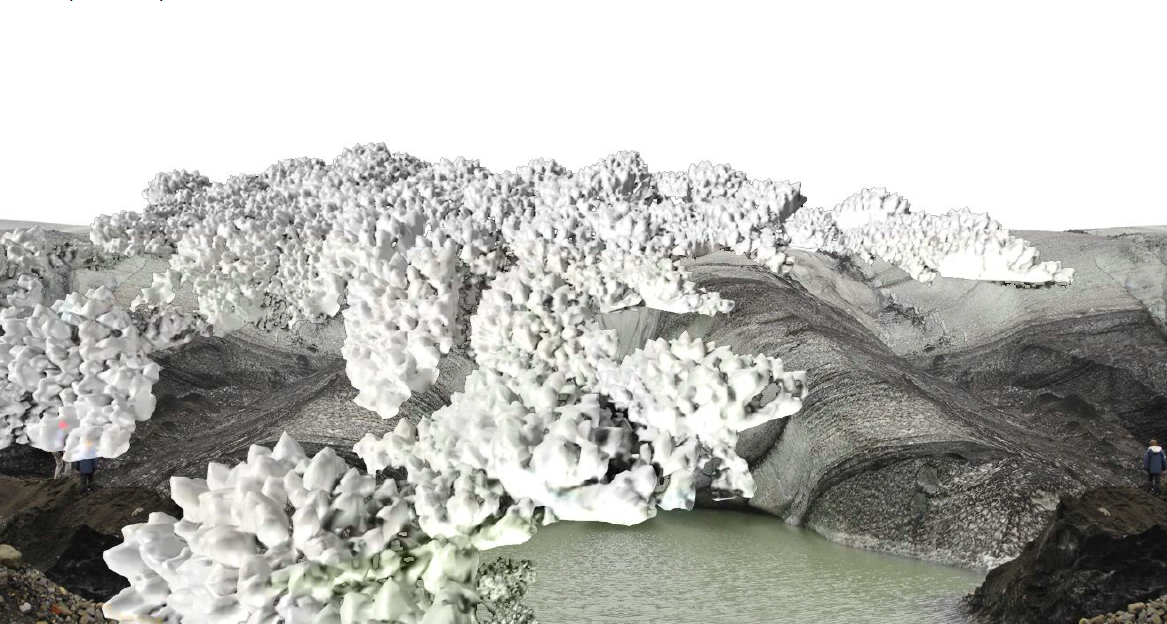 Image. Visualization (conceptual image) of complex data sets revealing the patterns of ice melting and cloud creation in Arctic, due color changes in Earth's surface. 3D visualization will be created in large-scale acrylic sculpture, and complemented by video screening (time-lapse of ice melting).

“Sensible Ocean” is an exploration into the patterns of warming and cooling effects, with regards to the changes in the Earth's surface color due to ice melting and climate change. Light absorption and reflectivity are among the key facets, which help either to increase or reduce the greenhouse effect of the planet. Climatologists consider the role of clouds to be the largest single uncertainty in climate prediction.

While the greenhouse gases are distributed all around the planet evenly, the chemicals called aerosols – which are forming the clouds, and which have been created largely from biological sources of vegetation (forest, ocean - salt particles are the major parts in the aerosols) as well as from human-produced sources (but at a much smaller extent) – are being formed locally, and distributed regionally. Those aerosols play an important role in Earth’s climate. Most aerosols are brighter than land or ocean, and cool the Earth by reflecting sunlight back to space.

Artists Rasa Smite and Raitis Smits are collaborating with the geologists in Iceland, to monitor and collect ice melting data, and by combining them with other meteorological and environmental data. They are using generative AI algorithm, created by ourselves, which artistically explore and visualize the patterns of interaction between the ice, clouds and oceans.

Thanks to Nordic Culture Point Mobility programme for support.