Agents for Change | Facing the Anthropocene

On June 24, 2019 the City of Kitchener council unanimously declared a climate emergency and we are sounding the ALARM. It is time to take Action and Learn about our effects on climate. We must Adapt our lifestyles, take Responsibility and Mobilize climate action now!

THEMUSEUM looks to use its stage to shine a light on the efforts being done to help conserve a natural climate and make transformative connections to what individuals, corporations and governments must do to chart a new course of optimism for the future.

The anchor, Agents for Change | Facing the Anthropocene, co-curated by Nina Czegledy and Jane Tingley features ten interdisciplinary women artists working on the theme of ecological change at the intersection of science, technology, and art. ALARM will also explore the impact on the melting polar ice caps, water, climate refugees and a family exhibition exploring at-risk species with a focus on the dwindling frog population as they approach the sixth mass extinction.

“Agents for Change | Facing the Anthropocene” is one of four exhibitions that THEMUSEUM dedicates to the Planet, curated by Nina Czegledy and Janet Tingley. The exhibition focuses on ecological change from different perspectives and angles, all aimed at using art as a vehicle of knowledge and a method with which to face the future in a constructive way.

“Art has the power to reach people personally, establishing a deeper understanding and emotional connection to what is happening to our planet” – the curators write. After all, the importance of affectivity is confirmed by science itself, which authorises hurricane hunters among its professionals.

The Shore Line by filmmaker Elisabeth (Liz) Miller (2017) is an interactive documentary where more than 40 videos, the result of a collaborative project, highlight the relationship of some individuals who are facing the dangers of extreme weather conditions within a series of soundscapes, dynamic maps and educational resources. 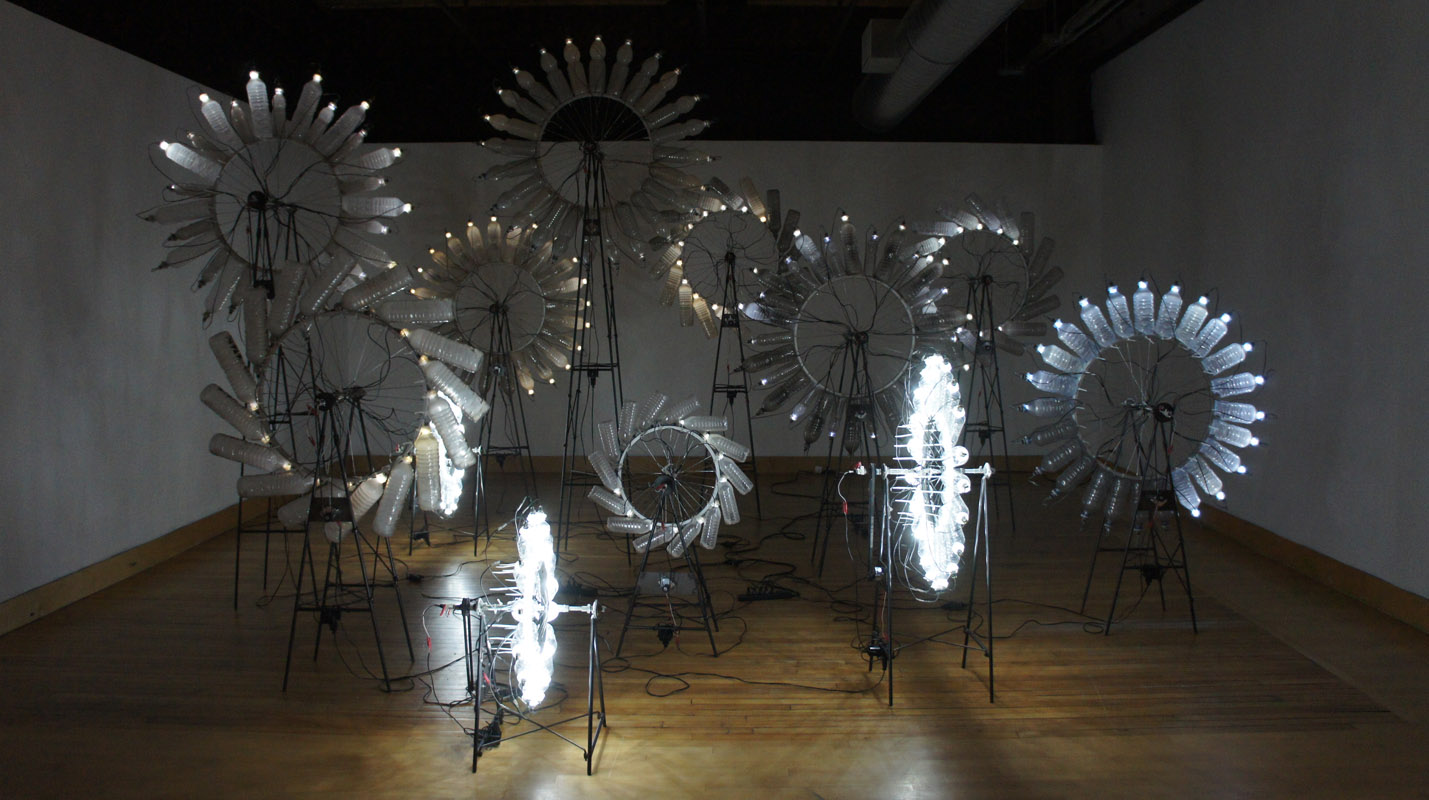 The installation Knight of Infinite Resignation (2009) by visual artist Diane Landry inserts some plastic elements in a kinetic loop mechanism to suggest that the problem linking plastic to air pollution perpetuates itself.

Kristine Diekman’s video installation Behold the Tilapia (2018) explores the Salton Sea, an artificial lake in California that is evaporating due to overheating, as an event that broadens our outlook to encompass a much wider and more complex situation involving the entire globe.

In his Spirits of Wasteland (2012), Maayke Schurer uses his system of real-time experimentation using natural elements to construct scenarios that consider human activity in the natural environment. 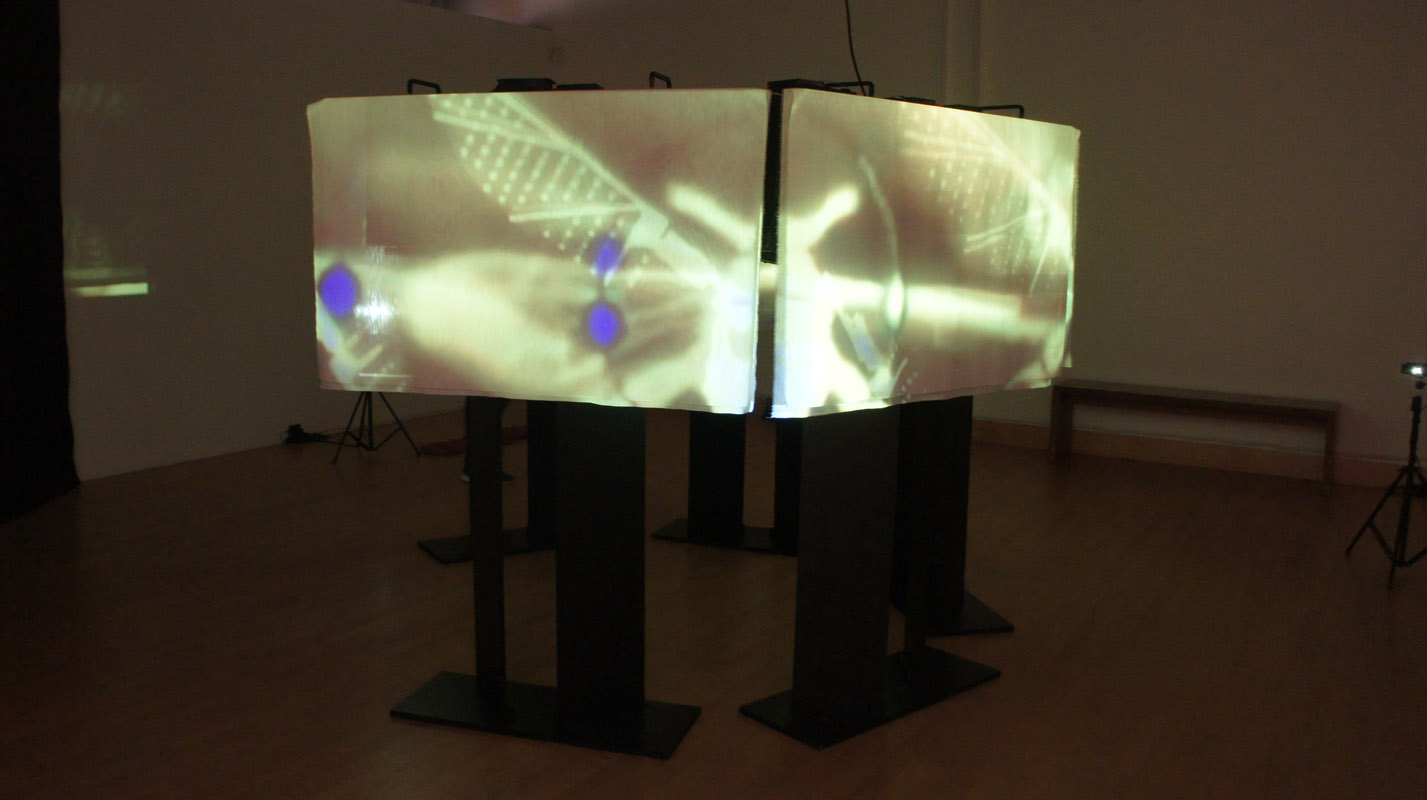 Donna Legault’s Drone (2018) delves into the life of a hive where are the light of different projectors modulates various audio signals. Following a practice which primarily focuses on the social, Caroline McCaw & Vicki Smith in Sounding Walks and Sounding CA (2018) consider the effect of noise pollution on marine animals and convey marine sounds through a series of umbrellas installed in the environment. Elaine Whittaker shifts the focus on the way pathogens and microbes multiply with global warming.

Ecosystem of Excess (2014) by Pinar Yorldas is a multimedia project that revolves around the Great Pacific Garbage Patch, exploring possible life forms that could arise from these environments. 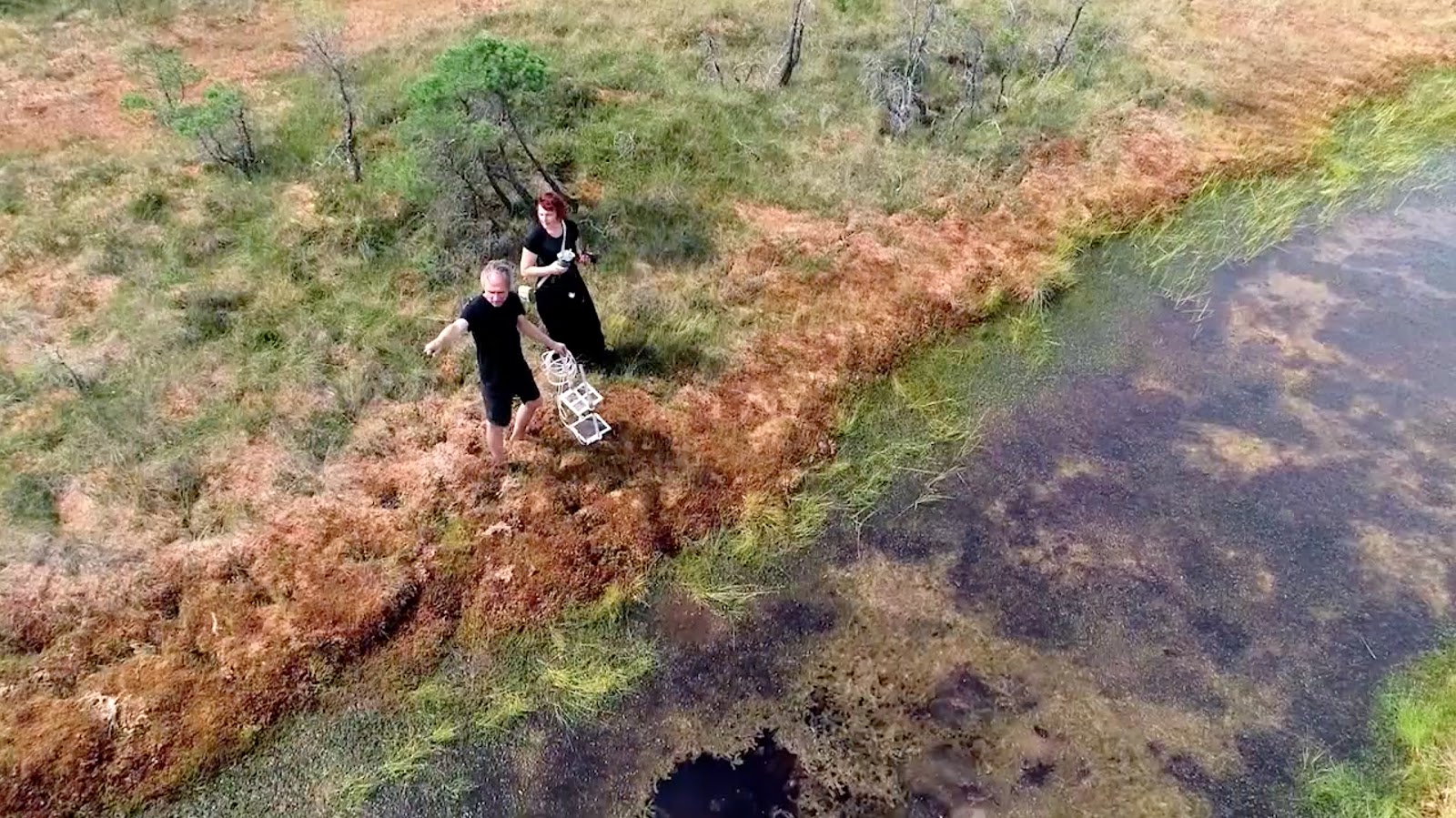 Olga Kisseleva uses the web to ask the public about her environmental impact alongside her aspirations by giving access to a database with data on climate and her relationship with society.

Each work poses the question from a different perspective, each artist formalises it using different formats and methodologies, but all aiming at personal involvement.