From 14th May to 28th July in the RIXC gallery (Lenču street 2, Riga) will be taking place the Eirik Brandal's exhibition of interactive works "Electronic sculptures". 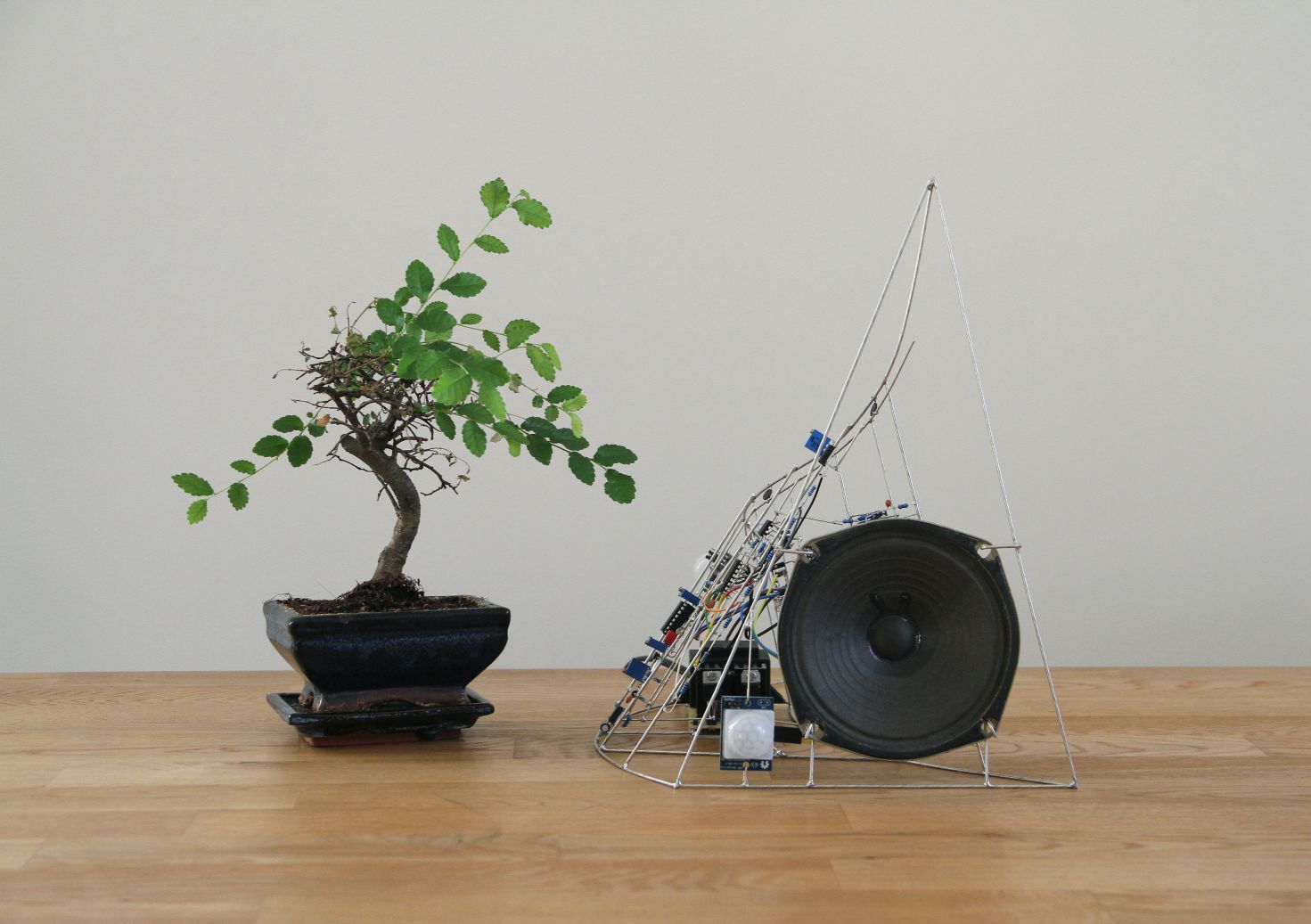 The exhibition will present electronic sculptures from series ihscale,  exmouth and lawrence.

ihscale is a series of sensor-equipped sculptures that produce tuned waveforms where the pitch is
determined by how many, and where, people are moving in the room. The sensors work in a way
that allows zones to be set up in the room, where movement in those zones will trigger a certain
chord from the combination of sculptures. As people move from zone to zone, the sine waves glide
to form the next chord associated with that particular zone. When there is no movement in the room
(or zones), all the sine waves are in unison. When there is movement in the entire room (or all the
zones), the sine waves play in unison an octave higher. The best results thus come from smaller
groups of people interacting at the same time.

As with ihscale, exmouth & lawrence utilizes sensors to detect movement around them and adjust
their sound accordingly. Contrary to ihscale, however, these sculptures each have two oscillators
tuned in close proximity to create beatings that vary with the motion around them. Each sculpture is
also equipped with seven peripheral light modules that also react to motion, creating patterns of
light.

Eirik Brandal (b. 1991, Stavanger, NO) is an artist and composer currently based in Riga, LV. While
originally studying music composition, his work has shifted toward electronic sound sculptures,
looking to uncover the intrinsic beauty of circuits. By laying the circuits out in an architectural
fashion, their context is changed from being functional objects to becoming objects of art. Sound
and lights are used as a means to create a sense of transparency between the audience and the
internal processes of the sculptures, with the aim of giving the sculptures the characteristics of
independent communicative entities.