Join the opening of the Observing the Noise exhibition by Liga Dubrovska at the RIXC Gallery on Friday, December 16 at 18:00! While observing this artwork, the spectator is taken to the heyday of the Industrial Revolution, when the noises of machines and factories began to dominate other surrounding sounds, raising the question of the presence of noise in everyday environments and its role in human’s psycho-emotional state.

Sound is omnipresent. Without sound, the world can be an indecipherable, remote and dangerous place. Yet we are often unaware of the presence of sound. It is noticed when, by causing annoyance or excitement, it becomes the main irritant in a chain of irritations. In Observing the Noise, the focus is on the annoying and monotonous sounds of everyday life that are otherwise blocked from consciousness.

The exhibition artwork was created using the author’s observations of urban environmental noise. Everyday recordings from the streets were transformed into a peculiar music piece, played by purpose-built noise instruments. The solution in the form of music instruments is related to the heyday of the industrial revolution and the first half of the 20th century, when atonal, polytonal, polyrhythmic and discordant sounds gained self-value in the world of art and music. 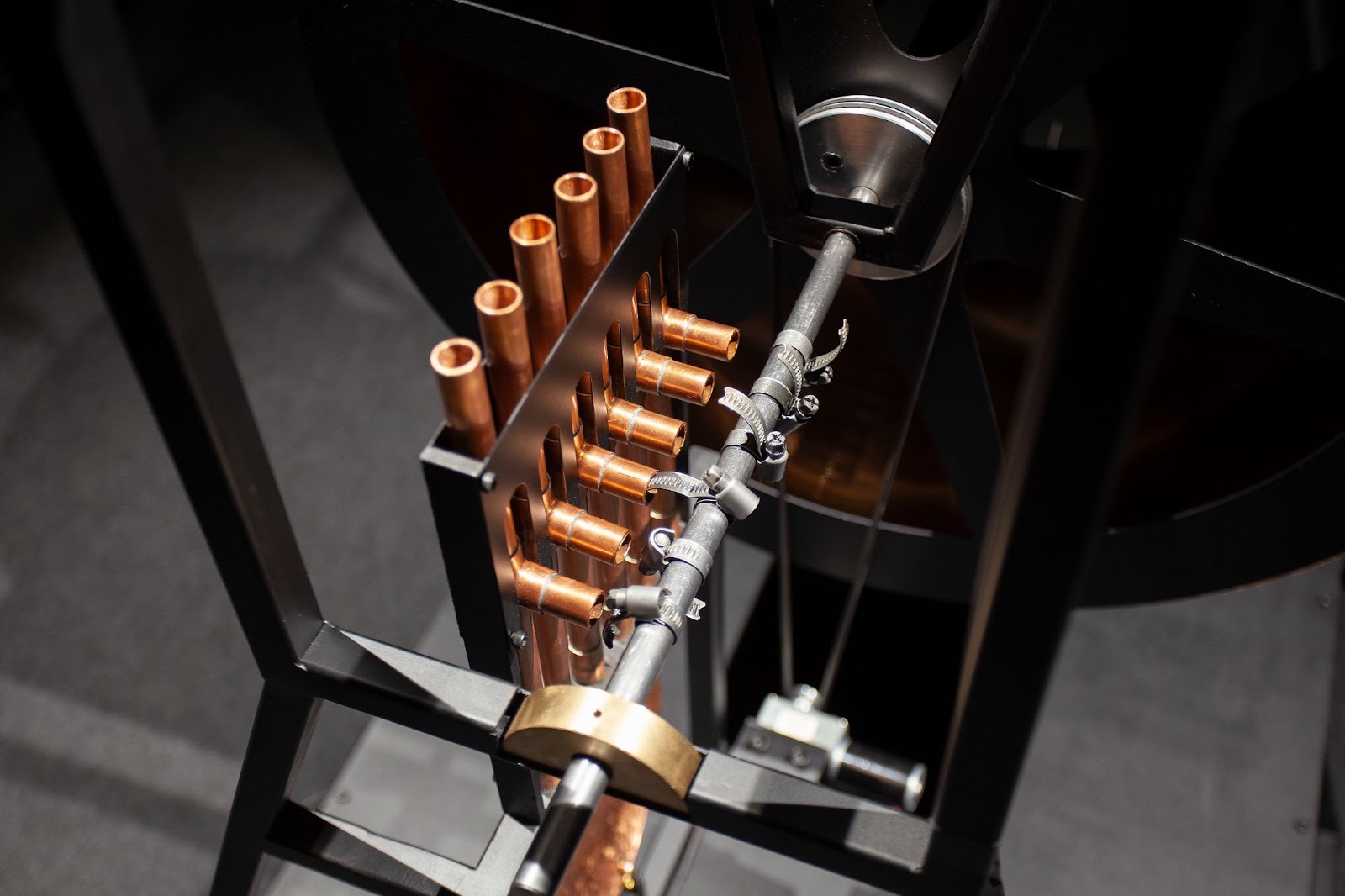 The artwork also raises the issue of noise pollution, which mankind has been struggling with in the urban environment since the beginning of the Industrial Revolution. Pollution has been steadily increasing in line with prosperity, despite various measures to limit sound levels and to move some noise sources beyond the limits of human hearing. Observing the Noise also questions which disturbing urban sounds might be worth preserving and using to create an enjoyable soundscape.

Līga Dubrovska is an artist who graduated in 2022 with a Bachelor of Arts degree in Audiovisual and Media Arts from the Department of Visual Communication at the Art Academy of Latvia. In her artworks, the artist seeks experimental ways to integrate contemporary technologies and scientific techniques. The artist values multi-layered nature of the content and the richness of associations and strives for a form of artwork that is able to evoke emotions and reflections in the viewer separated from the artist's interpretation.