Adam Brown. “Shadows from the Walls of the Death” (2019). Publicity photo.

On July 5, 2019, at Latvian National Museum of Art with the performance “Shadows from the Walls of Death” by the American artist Adam W. Brown was opened the RIXC festival’s exhibition “UN/GREEN”.Adam Brown (US) is an internationally recognized artist, scholar and educator whose work incorporates art and science hybrids including living and biological systems. The performance ”Shadows from the Walls of Death” draws its inspiration from MSU Professor of Chemistry, Dr. Robert Kedzie, who in 1874 wrote a book of the same title in an effort to raise public awareness about the dangers of arsenic-pigmented wallpaper. In the 19th century, arsenic-containing compounds were used to produce the green pigment, including the famous Paris Green. This pigment was widely used both in painting and in wallpaper production. The human drive to recreate greenness within urban settings led to a series of paradoxes and contradictions. In the performance, the artist re-created the poisonous Paris Green and the deadly wallpaper, which later was exhibited in the exhibition in a chemically safe and controlled environment, re-establishing our material connection to the color green. 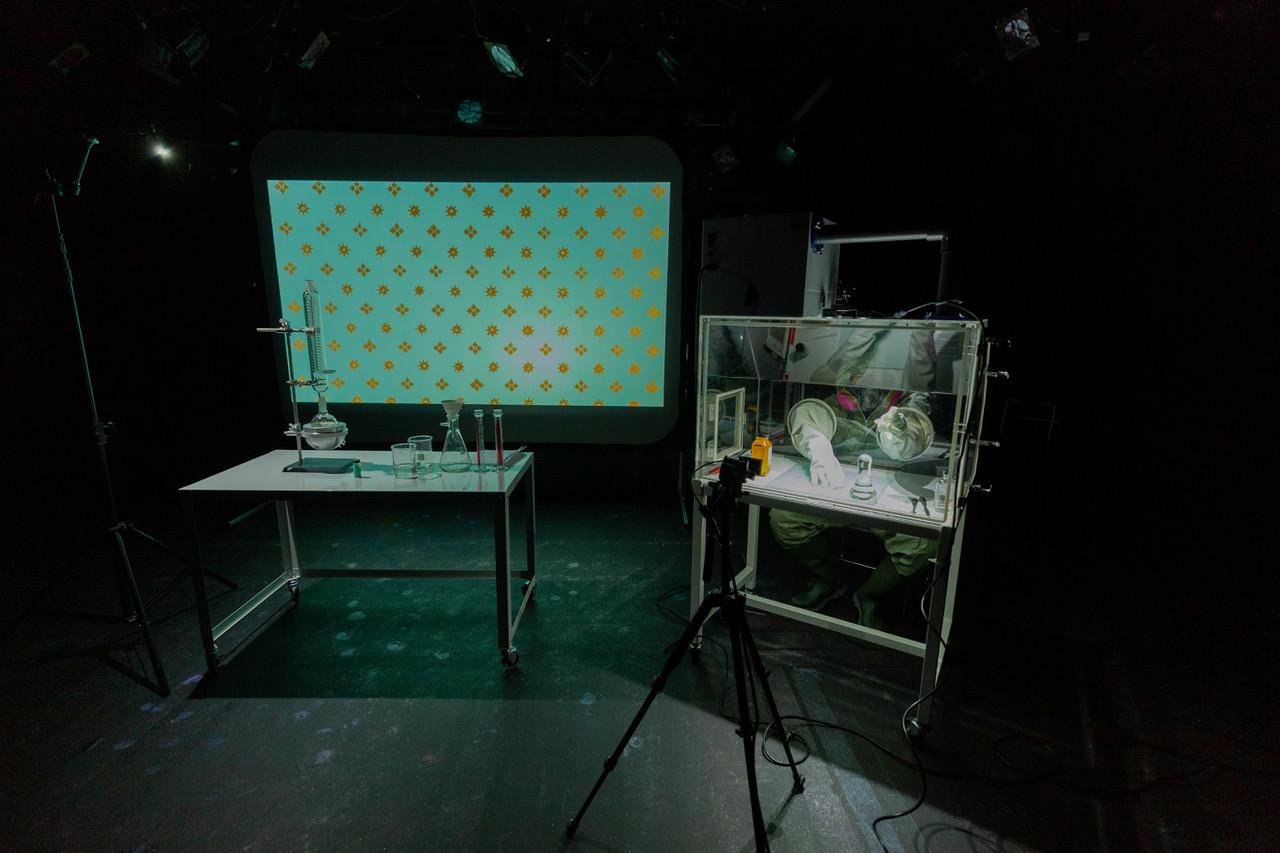 The exhibition features artworks by 20 artists from 12 countries around the world who critically examine the dominant biopolitics that focus on technological manipulation of ecology, biosphere and life systems.

People's efforts to control nature and control the "green" in their work Kentucky Perfect are addressed by Canadian artist Robert Hengeveld. The work consists of a mechanical structure whose task is to ensure that the lawn is always in perfect condition. Continually drifting over the grass is the scanning motion of a wheeled light assembly.  This operation is occasionally interrupted by the abrupt entrance of a reel mower that cuts back any growth of the last twenty minutes and a watering-boom periodically drops down and enters onto the stage. The ambition of the project – the nurture and maintenance of the ideal lawn – is often met with the reality of its failure as the turf beings to die back despite the excessive technical efforts and unceasing laborious care. The project reflects and amplifies the reality of our culture’s interest in controlling and shaping the natural environments around us, and more. The work further explores our culturally reinforced perceptions of beauty and the societal pressures to conform to these inset aesthetics.

The “UN/GREEN” exhibition also features audio installations.  Spanish artist Francisco Lopez, who is well known in the field of experimental electronic music, in the exhibition presents his work “Hyper-Rainforest”. “Hyper-Rainforest” is an immersive sound work, presented in an installation form, that has been created from original environmental recordings carried out by the artist, along with an extensive and intensive experience of profound field listening, during a twenty-year period, in rainforests all over the world. None of the sounds that can be heard in this work – even the most surprising and outlandish – have been processed or transformed. In stark contrast with most traditional approaches of so-called field recordings, however, this work does not aim at reproducing or simulating any natural “reality” of those original locations. Instead, with a forceful compositional character, this work develops an elaborated and subtle form of hyperreality that strives to generate a self-sufficient sonic virtual world. However, artist Voldemars Johansons in his artwork “Uncertainty Drive” explores the volatile and dynamic state of equilibrium within which living systems reside. At the heart of this sonic environment’s real-time composition lies a natural source of constrained randomness that is presented via a computational process to render results as a sound composition. The artwork illustrates the emission of ionised particles by means of sonification. The work of Voldemars Johansons merges his interests in visuality, sound and science and explores the perception and nature of experience in visible and audible domains. He creates experimental projects that synthesize art, science and technology. 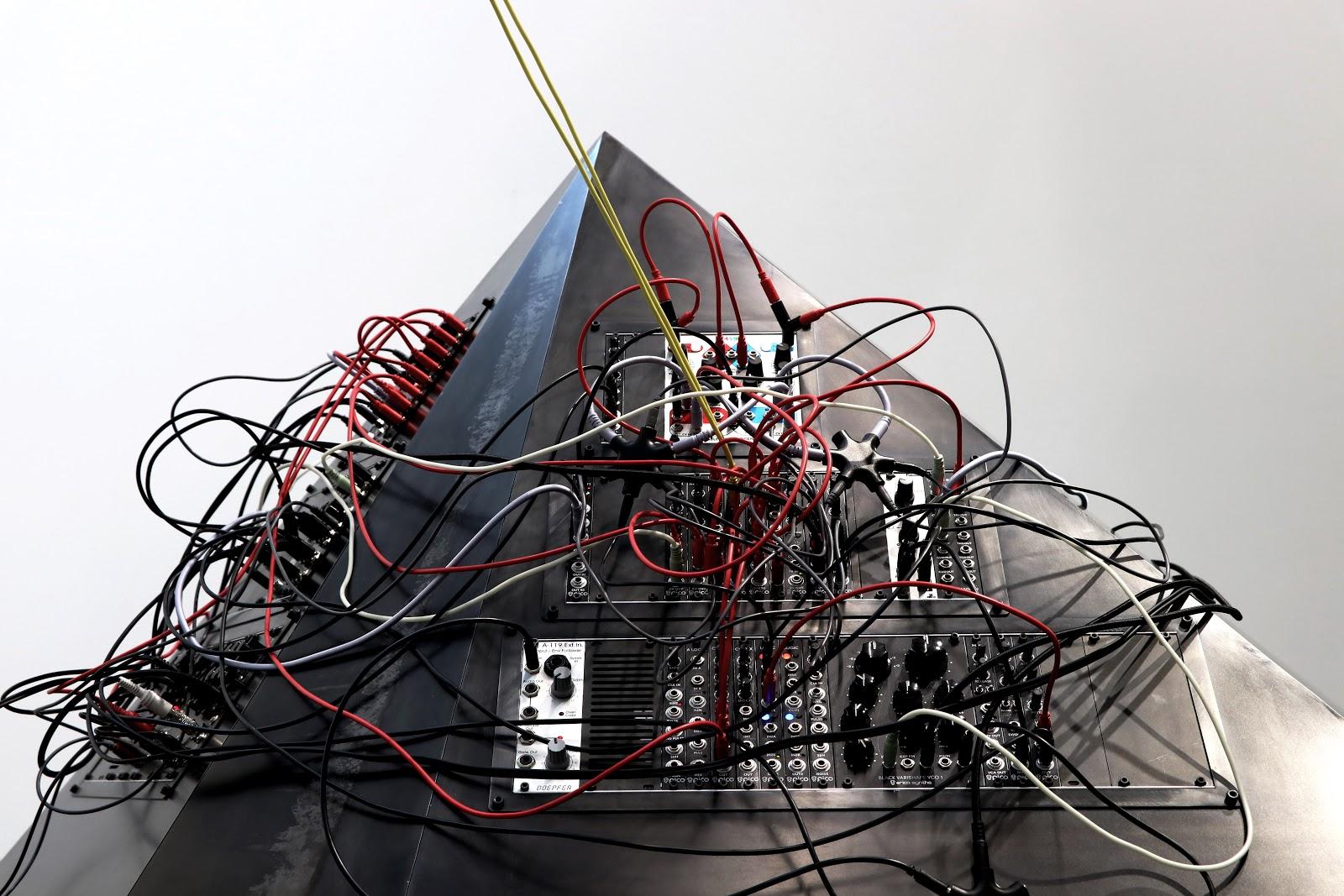 The exhibition was opened during the annual RIXC Art and Science Festival “UN/GREEN”  (4-5 July, 2019) which aimed to ‘ungreen’ the pervasively used notion ‘green’ and reconsider the current understanding of ‘green’ as synonymous of the ‘natural’. During the festival the notion ‘green’ was analysed as a color, biological phenomenon, material media, semantic construction and ideology. The curators of the exhibition and festival are: Rasa Smite (LV), Raitis Smits (LV) and Jens Hauser (DE).