RIXC Center for New Media Culture will organize an online Sensoria symposium on Tuesday, December 15, at 18.00. The Sensoria symposium will feature a lecture by curators and artists Rasa Smite and Raitis Smits who will present the idea of 'Sensoria' and announce the open call for next year's Renewable Futures conference, which will take place from September 23 to 25 as part of the RIXC Art and Science Festival. Next, Ellen Pearlman, a New York-based American artist, critic, curator, and expert of immersive and sensory technologies, will explore the interaction between brain, body, and artificial intelligence, while Latvian art and culture researcher Ilva Skulte will introduce her vision of developing art research and processes.

Participants and visitors of the event will have a unique opportunity to discover the latest artworks by five Latvian artists Krista Dintere, Santa France, Kristine Krauze-Slucka, Alvis Misjuns, and Ivo Taurins, that are created specifically for the Sensorium project and explore the various artistic aspects of sensory stimuli. 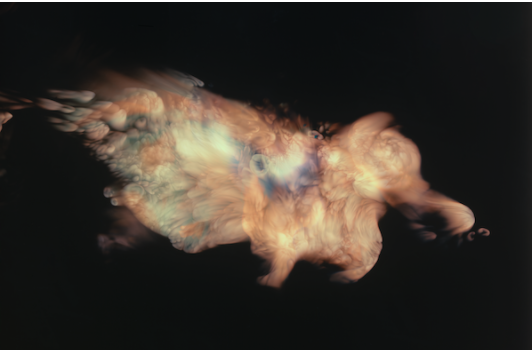 Rasa Smite and Raitis Smits will introduce the concept of Sensorium and announce the open call for the RIXC Art and Science Festival 2021. The festival is based on the concept of the “world of sensory stimuli”, that will explore navigation between two spaces - the virtual and the physical - which is especially relevant now, during the pandemic. This navigation is characterized by our bodily contact with technologies and how we experience the world of sensory stimuli also known as sensorium.

The symposium will feature lectures and presentations by special guests: project researchers, critics, and experts. Ellen Pearlman, the project’s expert of immersive and sensory technologies, will introduce her new innovative DANCEDEMIC performance online on Zoom from New York. DANCEDEMIC employs biometric data and facial recognition algorithms to create feedback from the viewers. The live performance uses EmotiBits to measure the biometrics of the performers, transforming them into interactive visual and sonic environments.

Next, the art researcher Ilva Skulte will discover the sensory turn and media art ideas in her lecture. Ilva Skulte in cooperation with artists and the critic Helmuts Caune analyzed the artwork creation process. Ilva Skulte is an Associate Professor and Head of the Study Program at the Faculty of Communication at Riga Stradins University. She researches such subjects as arts and cultural journalism, children and the media, literature, communication, politics, ideology, discourse research, and multimodal communication. Helmuts Caune is a lecturer and critic. In 2014, he obtained a master's degree in philosophy, then worked for the “Rīgas laiks” and "Arterritory" magazines.

As written by contemporary art researcher and MIT anthropologist Caroline A. Jones: “The human sensorium (or the world of sensory stimuli) has always been mediated. But over the past few decades, that condition has greatly intensified. The micro-speaker in the ear, the drug in the blood, the nanosurgical implant, the simulated taste in the mouth - these “enhancements'' no longer provoke the apocalyptic excitement… The relative calm this situation provides gives us time for reflection: a propitious moment for artists and other culture workers to interpret, think, and reckon with the sense of our mediated sensorium.” (Carolin A. Jones, “Sensorium”, MIT 2006).

Contemporary artists create specific human sensory interactions with technologies that are continuously being adopted and adapted - five invited artists Krista Dintere, Santa France, Kristine Krauze-Slucka, Alvis Misjuns, and Ivo Taurins have begun the creation process of five new artworks or their interpretations of sensorium in the art that they will introduce in the symposium. The artworks will be specifically created to be exhibited in the new growing virtual Sensoria platform, and possibly in physical space as well - in RIXC Gallery (Lencu street 2) and at the Sensoria exhibition of RIXC festival 2021. Hence, they will be exhibited in hybrid space or - reinterpreting Bourriaud's idea of contemporary art of the 90s as an 'intermediate space' - in the mixed reality of the 21st century. 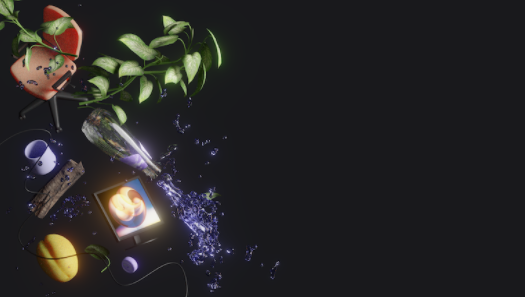 Santa France will introduce her new artwork - a three-channel video installation in the physical space. She will show her online version of the artwork - interactive three-dimensional network art collage, which portrays the idea of immersive media as an illusion to escape from daily reality. Kristine Krauze-Slucka will address the topic of water, demonstrating her new artwork that shows the interaction of chemicals and water, as well as the human thirst for creating new images and using these chemicals to obtain these images. However, Krista Dintere will explore the physical limits of sound, creating artwork, that challenges our views on sound and its perception, investigating the psychoacoustic aspects of communication in “hearing” and “listening”. 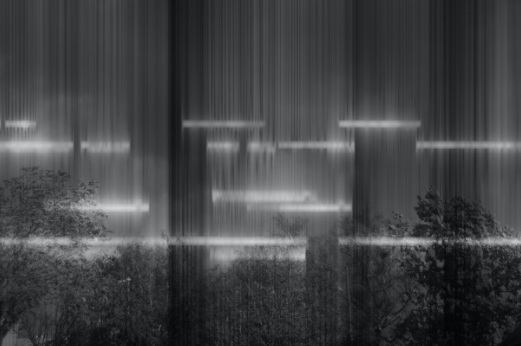 Alvis Misjuns will tell about the virtual transformations called “100%” that will be available both on VR and on smart devices as an augmented reality app. 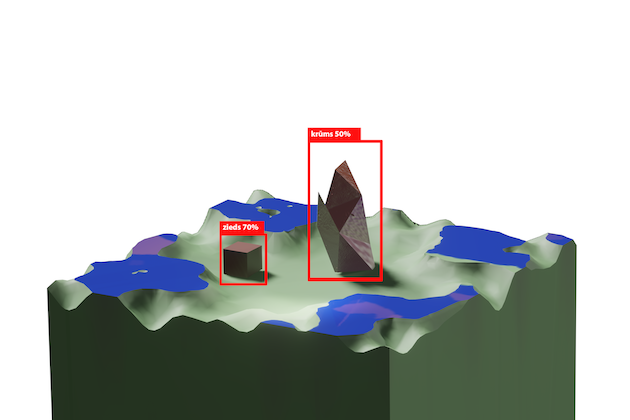 However, Ivo Taurins the aspects of sensorium hearing sense, that challenge human acoustic senses in his new sound artwork. The artwork uses the binaural sound technique - the binaural sound is a hearing illusion when the sound cannot be perceived with human hearing; something which we can’t hear, but what we can perhaps register with other senses.