“The human sensorium (or the world of sensory stimuli) has always been mediated. But over the past few decades that condition has greatly intensified. The microspeaker in the ear, components of medical drugs in the blood, neurosurgical implants, stimulated tastes - these “enhancements'' no longer provoke the revelation of human excitement… The pandemic gives a relative calm time for thought and reflection: a favorable moment for artists and other culture workers to interpret, think, and reckon the feeling of natural sensorium .” (Carolin Jones, “Sensorium”, MIT 2006).

The symposium offers a vision by featured RIXC theorists and artists and theorists on the world of  augmented reality senses and experience.  From the earliest beginnings of sensory data research to the influence of immersive technology on various human body parts.

18.00 RASA SMITE, RAITIS SMITS. Sensoria - princips of the augmented world senses and experience. (English)
18.10 ELLEN PEARLMAN. The Brain, the Body, neural network and AI. (English)
19.00 ILVA SKULTE. Sense of reality and it's turns in history: few ideas at the junction of media and art. (Latvian)

Rasa Smite and Raitis Smits will announce the open call for the RIXC Art and Science festival 2021 and introduce the concept of Sensorium.

The Brain, the Body, Networks and AI. 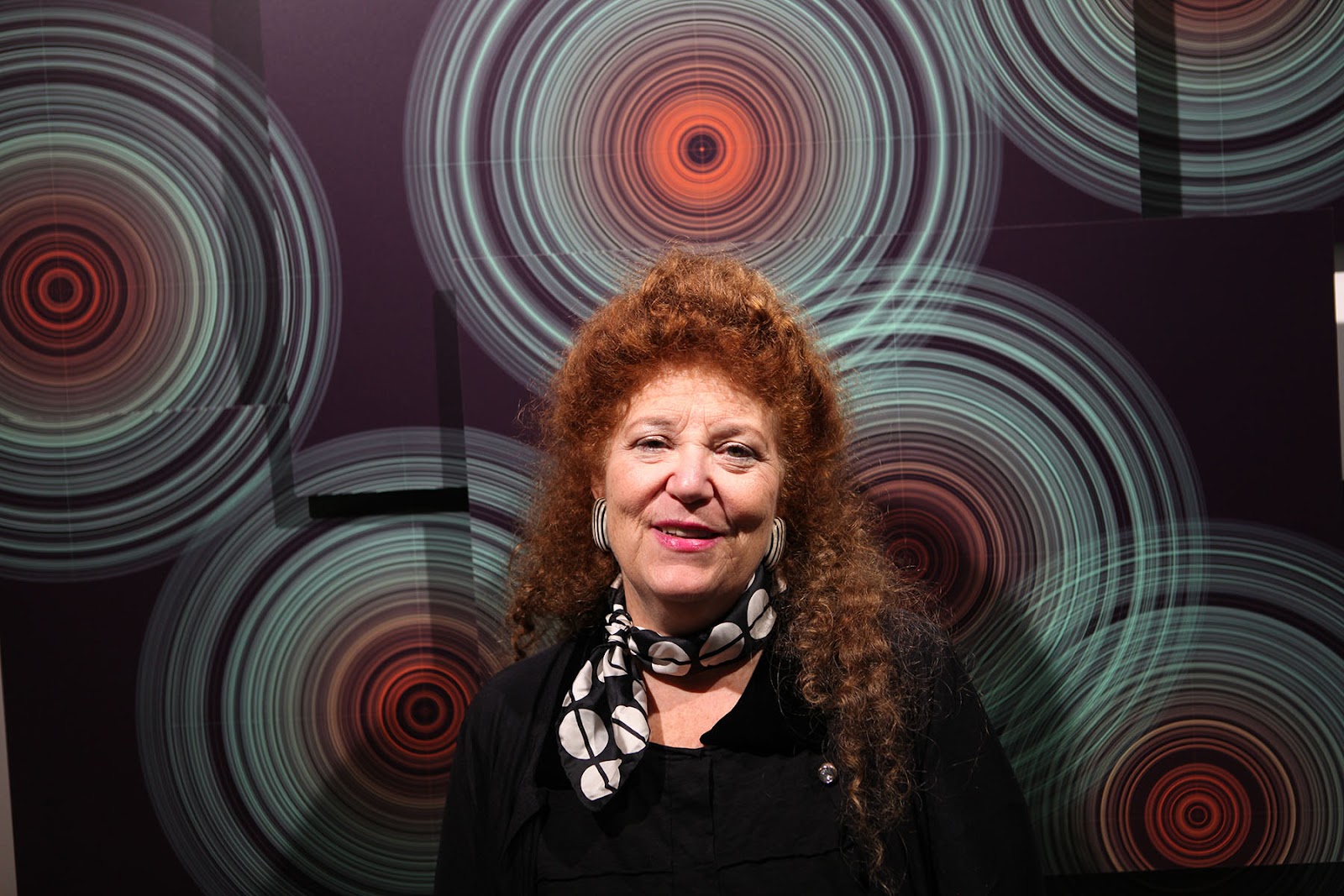 As control of society and systems of quantification become more ubiquitous, Ellen Pearlman frames operas from her brain titled "Noor" as insight of possible future scenarios. "AIBO" or (Artificial Intelligence Robot) an emotionally intelligent AI "brainwave" opera. as inquiries into possible futuristic outcomes. She also presents her work from an AI and Art workshop in Kyiv, Ukraine as well as "DANCEDEMIC", a biometric networked response to lockdown and isolation, developing new uses for artist owned networks. Ellen advocates for artistic input and thinking into the use and development of increasingly complex and sophisticated technologies affecting our everyday lives.

Dr. Ellen Pearlman is the program director at ThoughtWorks Arts. She is a new media artist, critic, curator and writer who created Noor: A Brain Opera, the world’s first immersive interactive brain opera in a 360 degree theater and AIBO, an emotionally intelligent artificial intelligent brainwave opera. She is on the faculty of Parsons/New School University, a Senior Researcher, Assistant Professor at RISEBA University in  Latvia. She is a Fulbright World Learning Specialist in Art, New Media and Technology, a Zero1/American Arts Incubator U.S. State Department artist, a Vertigo STARTS Laureate, and a Fellow at the MIT Open Doc Lab.

Sensory turn and sense of reality: on a few ideas at the junction of media and art. 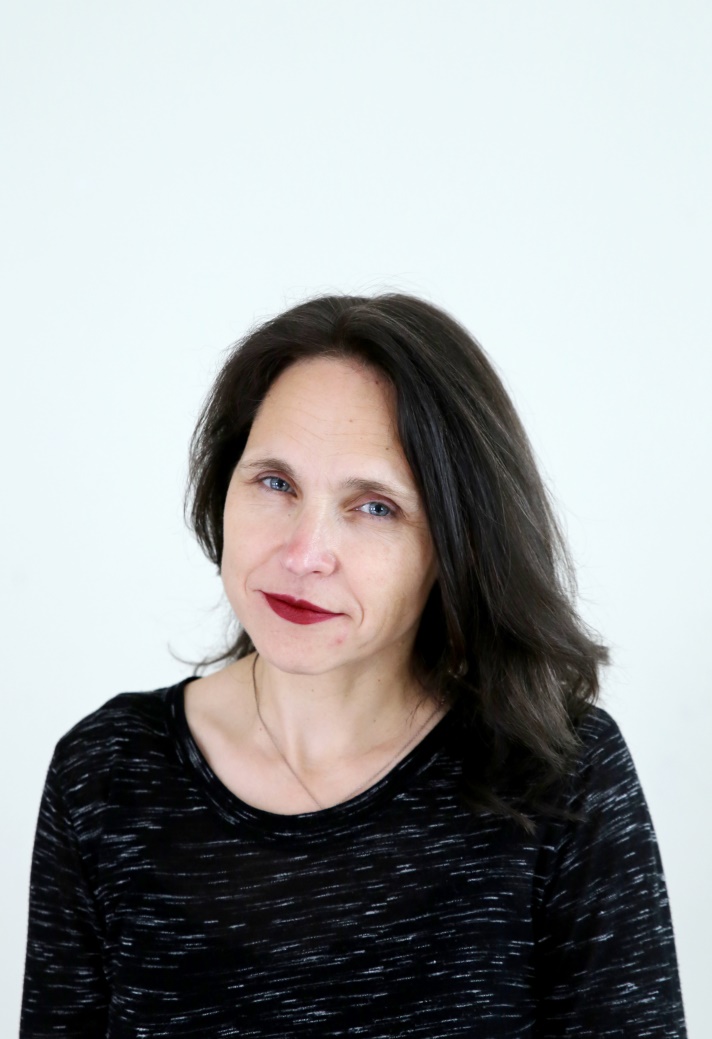 Following the development of audiovisual and digital media in the 20th century, sociology and media theory had it's favoured turn for rereserch. and acoustics of the media-specific phenomena and the new acoustic space (to use McLuhan’s term) placed under question the notion of (social) reality as constructed, simulated and sometimes faked. It also showed how human sensorium has been disrupted by placing some (visual) senses in our culture  over others, thus, starting what is by some authors (Howes, 2006, Lauwrense, 2012) referred to as “sensory turn” in anthropology, sociology, geography, media and communication studies, and in the end of 20th century.  Taking into account that the intensification of the mediatede  condition of the human sensorium (Jones, 2006) it is important to discuss new ways and aspects through which our feeling of reality and relations to socium are re-constructed and reshaped. I would like to discuss some of these aspects in relation to art as aesthetic (sensorial) experience and field of experimentation.

Ilva Skulte has a doctoral degree in philology. She works at the Faculty of Communication, Riga Stradiņš University, teaches theory in the study programs for New Media Art at Liepāja University, and Jāzeps Vītols Latvian Academy of Music. Her research interests include the role of media in society and culture. Besides the academy, she is writing for various media on literature, culture, and media.

The rupture of the media immersion (in an interactive web-collage). 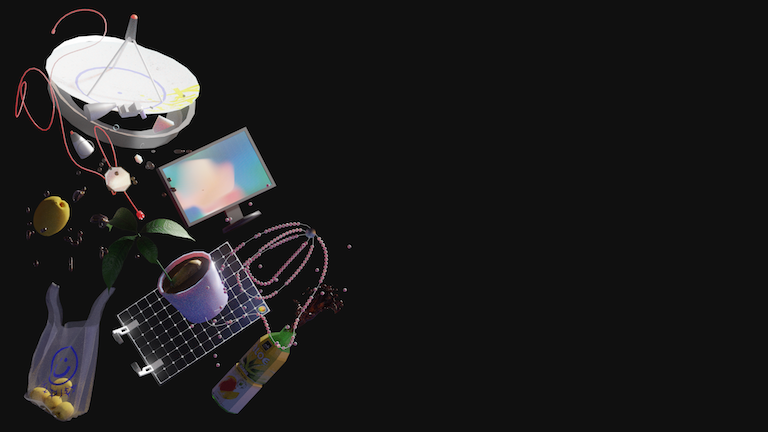 The opportunity to tune out sounds of the surrounding environment and to replace them with audio of your own choosing has become a self-evident part of a modern human’s existence. As users increasingly rely on the immersion and durability of media, their devices have taken on a peculiar role of an emotional supporter – helping to distance from the aggravation of the external environment and to focus on the workings of one’s inner world instead.

The interactive collage illustrates a situation, in which this immersion has been unexpectedly ruptured due to a technological malfunction – leaving only half of the user’s senses “submerged” within the hyperreality of media.

Santa France (b. 1993, currently lives and works in Berlin) is a Latvian digital artist mainly focusing on exploring the potential of 3D software and its usage in creating web-collages, videos, animated .GIF images and digital illustrations. Her nearly photorealistic, yet uncanny compositions are characterized by their impossibly pristine surroundings and the contrasting organic and man-made objects. The established hyperreality draws attention to the software used in its creation, as well as uses its visual language to examine issues rooted in our contemporary existence, dealing with the themes of self-reflection, solitude, nostalgia and digital culture.

Reflections, cycles and transformations. Hearing and memory expansion in a field recording. 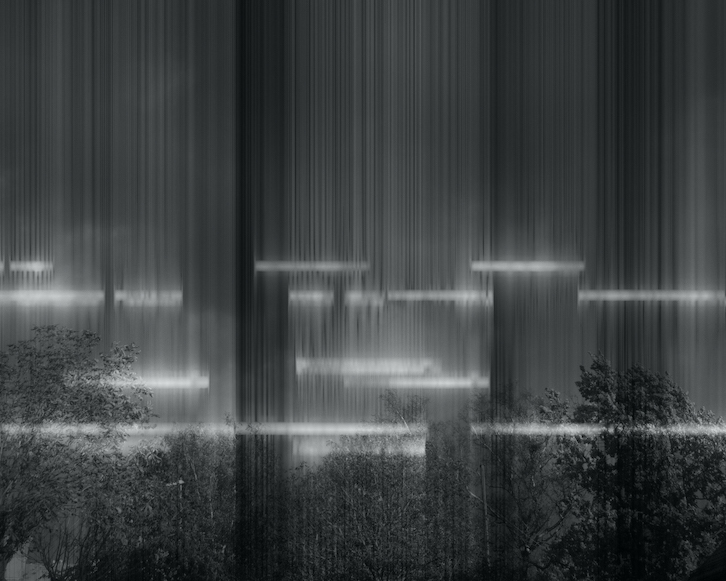 Recorded sounds are like reflections of natural sounds. Recording technologies can be seen as an extension of human hearing and memory.  By all means recorder can access sound repeatedly, can zoom in and focus on small sounds, can manipulate, even touch can become a tool for fixing sounds when recording surface vibrations with a contact mic, all these means lead to greater width and depth of perception which could not be accessed without technological augmentation.

In my work "Reflections, cycles and transformations" by completing many transformative cycles one fixed sound reflection can become a whole score of sounds. Composition constructs reality in a cycle from natural to abstract and back. Natural forms in images are intertwined with visual representations of the sound spectrum.

Krista Dintere is an artist working in the fields of Sound Art, experimental composition and creative research. By creating site-specific installations and experimental compositions she explores the relationship between factuality of  field recordings and fictional sonic worlds. Since 2012 her works have been presented in media art and sound art exhibitions. Has a Master's degree in Sound Art from Liepaja University New Media Arts, lecturer in LiepU, RISEBA un JVLMA. http://dintere.mplab.lv/

The composition consists of field recordings with a sampling rate of 96 Khz and 24 bit quantization including frequencies beyond human hearing. It is very likely they are registered with other senses in our bodies. The spectrogram of the composition as well reflects the presence of high frequencies.

While listening to the “Noise Technocracy” composition, the author offers to take an electroacoustic walk through the yard of “Saliņas” country house, trying to distinguish the voices of birds, the car of a neighbour driving on the gravel road, the flight of fly and the chirping of carefree grasshoppers. The composition is created by using a binaural sound processing technique, i.e. by psychoacoustically manipulating the differences in sound tone, time, volume in each of the stereo sound channels, a vision or feeling is created about the size of the acoustic space, the objects in it and the locations of the sound sources. The composition is complemented by images of its sound spectrum analysis.

For a better perception of binaural effect it is essential to use headphones.

Ivo Tauriņš has graduated from the New Media Art Master’s program of the University of Liepāja. He has studied sound art at the Bauhaus-University Weimar, Media Art and Design Master’s program, Electro-Acoustic Music and Experimental Radio Studies subprogram. Ivo did an internship in space acoustics in the German company Müller-BBM GmbH. He has currently exchanged his perennial hobby of conducting and collecting analogue records for deep love to digital recording inventions, examining its processes both in theory and practice.

The vibrations of the material universe. Golden thirst. 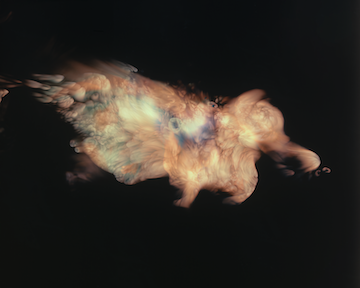 Photographs, as social artifacts, transfer fragments of a life in a static format. The development of a photograph on a light-sensitive paper is the result of binding chemicals and water;  combined with human thirst of new images and using these chemicals to obtain these images, a situational paradox is formed. Suzanne Sontag notes in her essay "On Photography" that photography serves as a nudge of conscience, where is impression - how much the all-encompassing presence of photography has on our ethical perception - is unpredictable. Pollution is mutual: both visual and ecological. The symbolic significance of water, on the other hand, has been pretty much mythologized throughout history, which can be reduced to three main aspects: it is a source of life, a means of cleansing and a center of regeneration; but in the context of evolution, it is transforming not only into a technological but also into an economical and political instrument. This is the "new gold of the future".

The work combines the interaction of the materiality of photography and human ecosystematic activity. When photochemical fragments are immersed in water and fixed on light-sensitive photo paper, biomorphic elements are revealed. It just seems that the fixations of image landscape reveal new, unfinished organisms of the future.

Kristīne Krauze-Slucka has an MBA from the Visual Communication Department of the Latvian Academy of Arts. In her practice, she studies the topic of changes in the relationship between man and nature, paying attention to the processes of adaptation and hybridization, often focusing on the materiality aspects of the chosen media. Participates in exhibitions in Latvia since 2017, including the “Latvian Academy of Arts Century Exhibition” in the exhibition hall ARSENĀLS (2019) of the Latvian National Museum of Art with the work “Obedient Touch”. This year, Kristīne Krauze-Slucka has received a scholarship from the painter Valdemārs Tone Foundation. 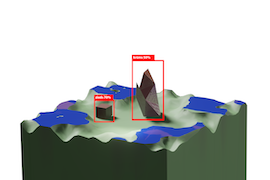 Work “100 percent” is a deliberate departure from the usual virtual exhibition format that aims to find more unrestricted and relevant means of expression to exhibit physical and virtual pieces.

The main problem of virtual exhibitions is the conversion of physical works into digital format, which removes information layers. Lost information must be compensated.

“100 percent” is a virtual exhibition with digital 3D works. The exhibition highlights two important user experience (UX) challenges: optimization and information. The best examples of optimization can be drawn from computer game development methods, i.e. the level of detail (LOD) based on the distance of the camera from the object. In “100 percent” the LOD is reversed, hence, by coming closer the model becomes rougher. Thus revealing the structure of virtual reality.