The More-Than-Human-Ecologies symposium is an interdisciplinary Baltic and Nordic art, science and green design gathering taking place at the RIXC Fields residency (Talsi, Salinas farmhouse) and Irbene Radio Telescope, June 11 -12, 2022. The symposium will feature workshops and discussions by artists, scientists and designers on nature, renewable energy, scientific data and sensory technology practices and methodology, in order to create an interdisciplinary platform for dialogue and further discussions on the future visions of art, science and design. The symposium is organized by the RIXC Center for New Media Culture in cooperation with the Nordic-Baltic transdisciplinary network of artists, practitioners, researchers, and organization, State of the Art (SOTAN).

17.00 - Daniela de Paulis. The Metamorphosis of a Periplaneta Americana Performance 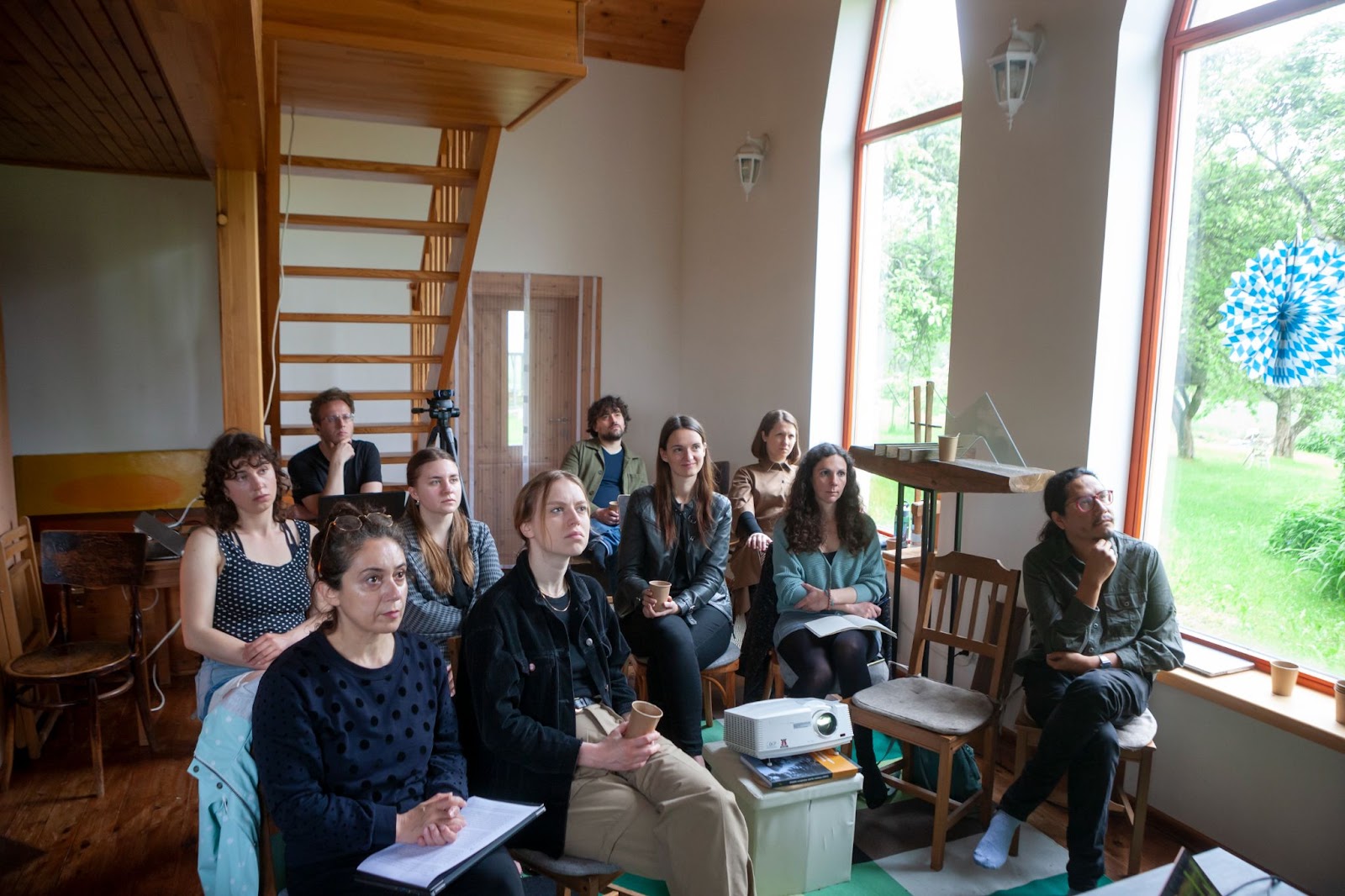 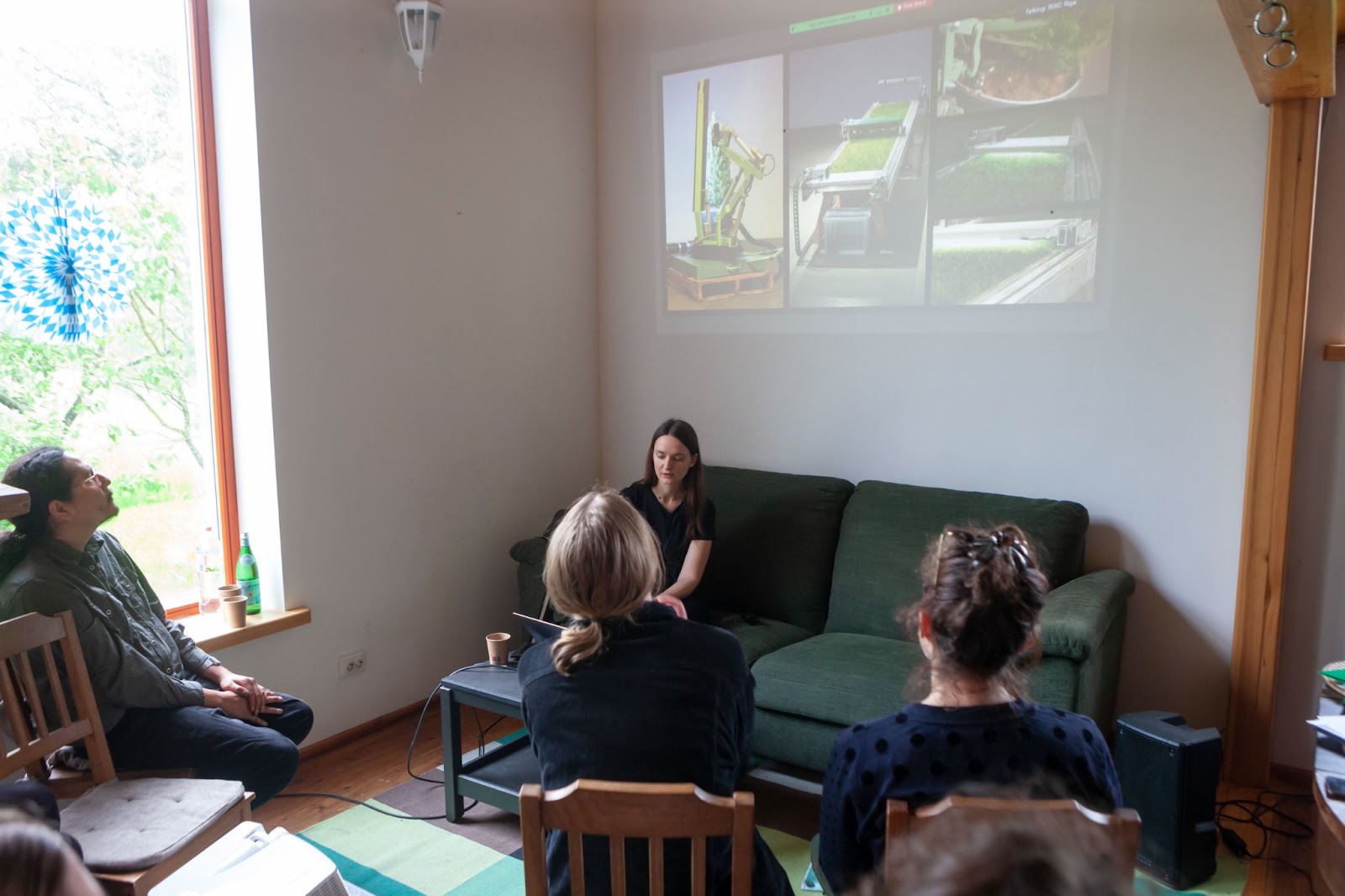 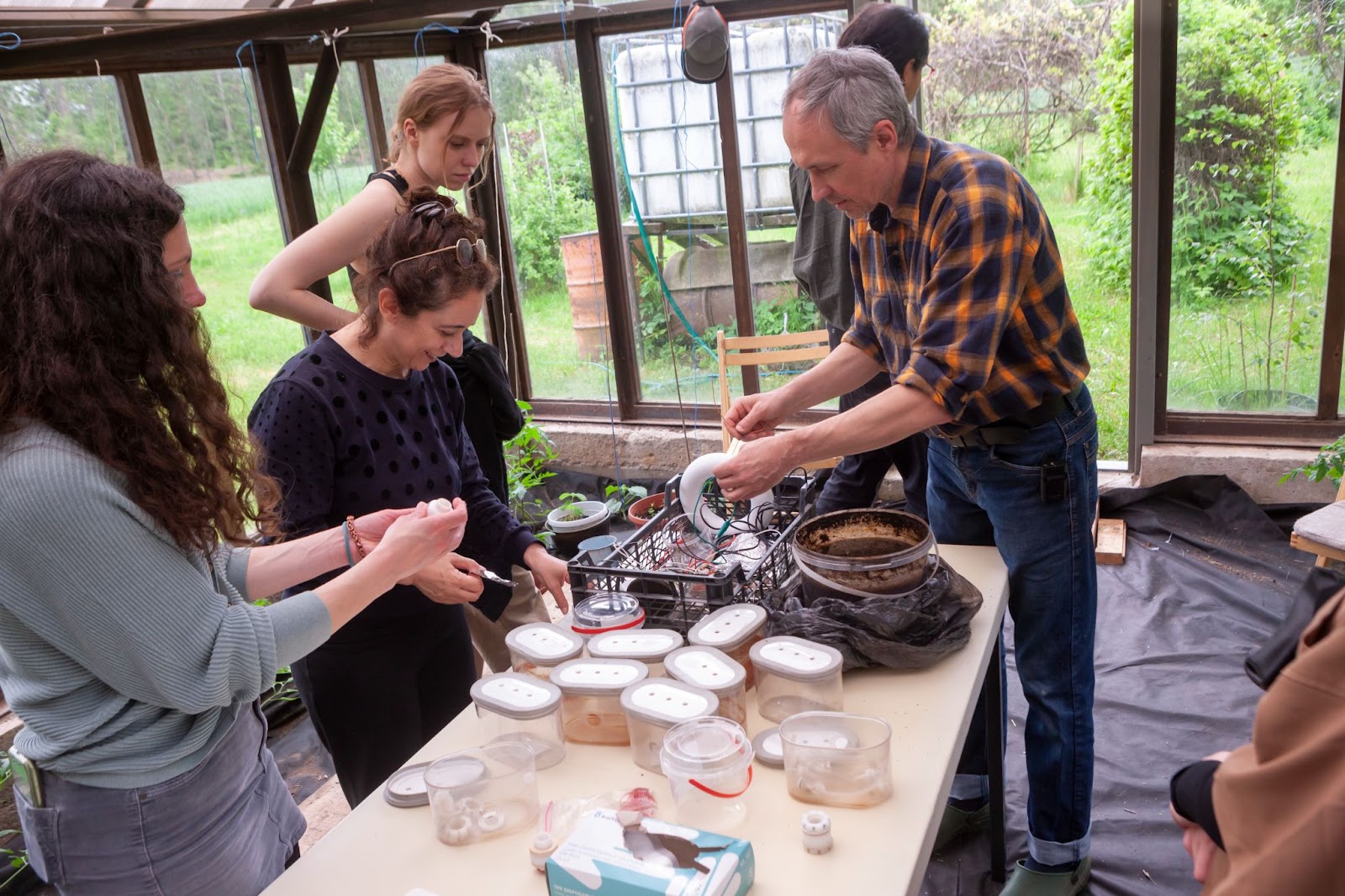 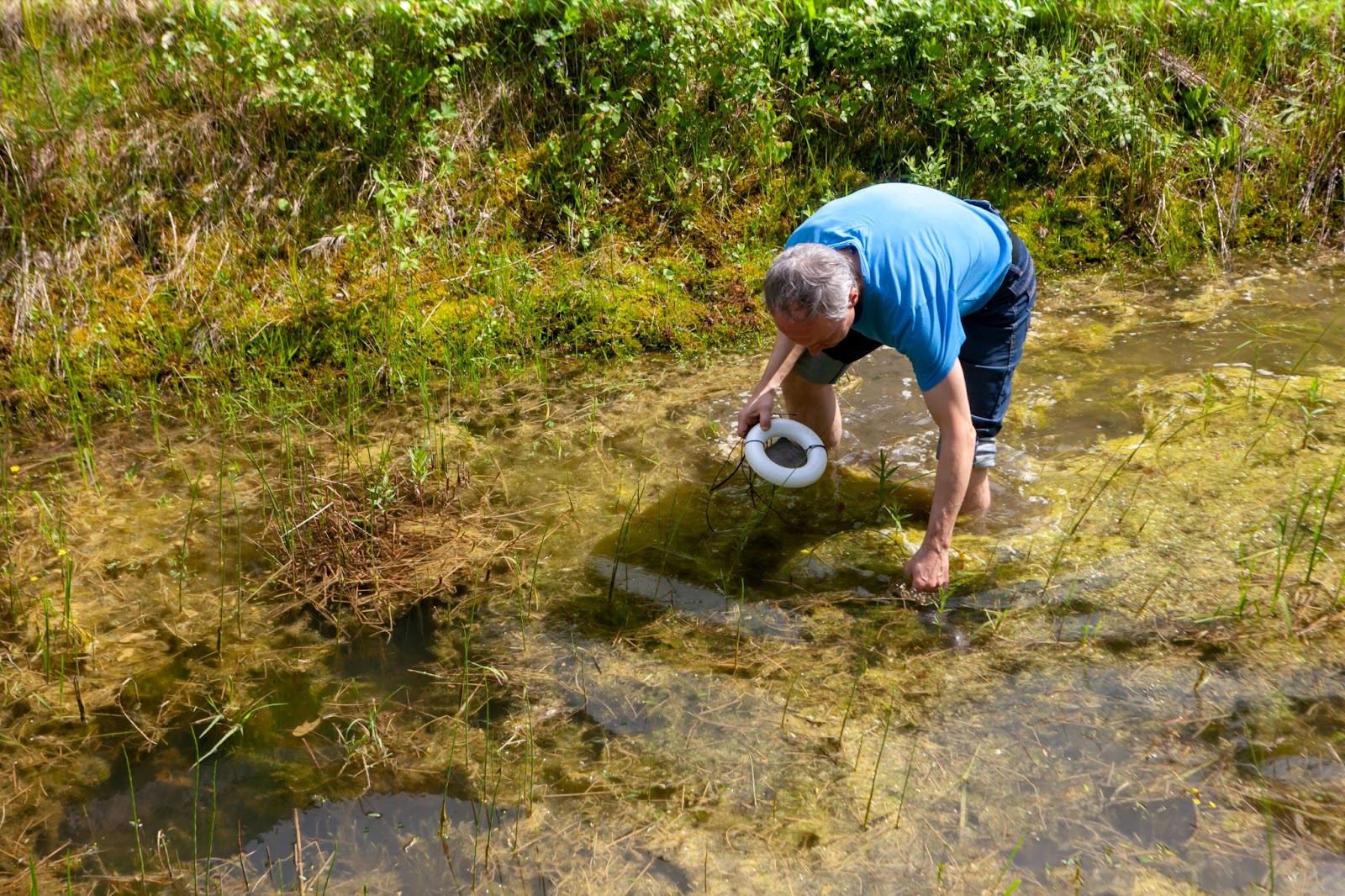 13.00-14.30 - [More-than-Human Ecologies]: Art and Radio Astronomy
A conversation with the scientist Juris Žagars at the Irbene Radiotelescope, an excursion through the facilities, meeting with the researchers. 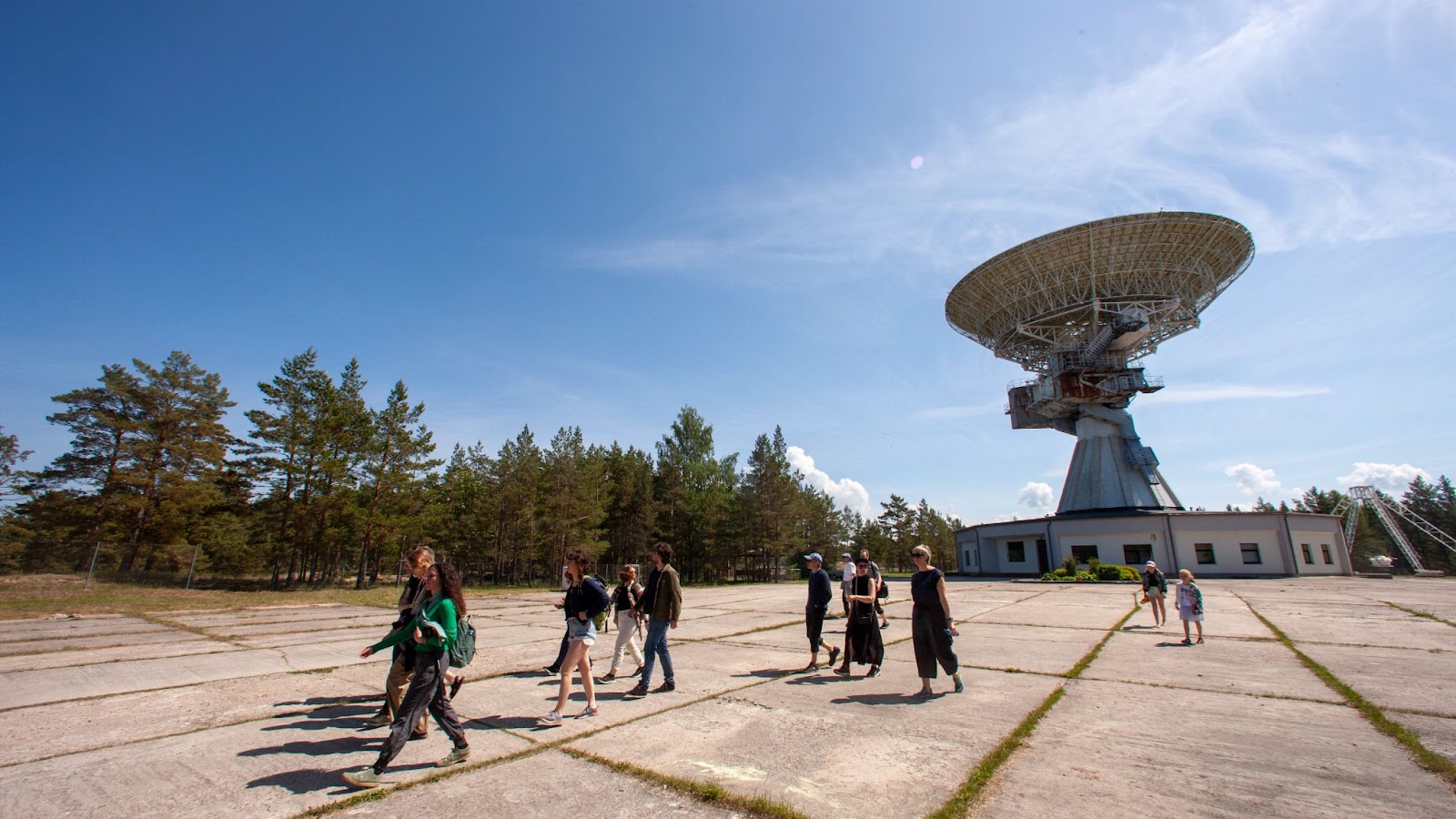 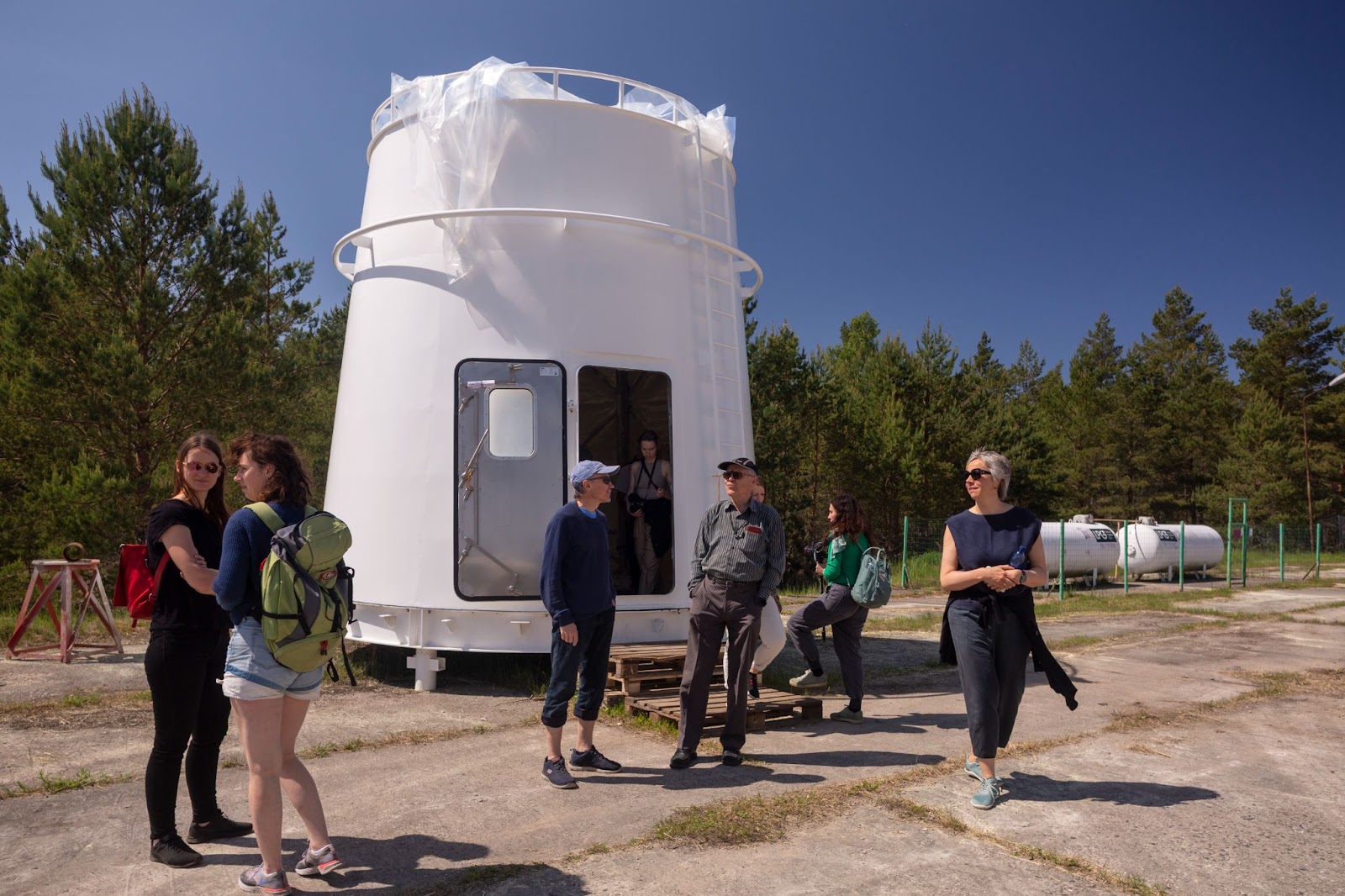 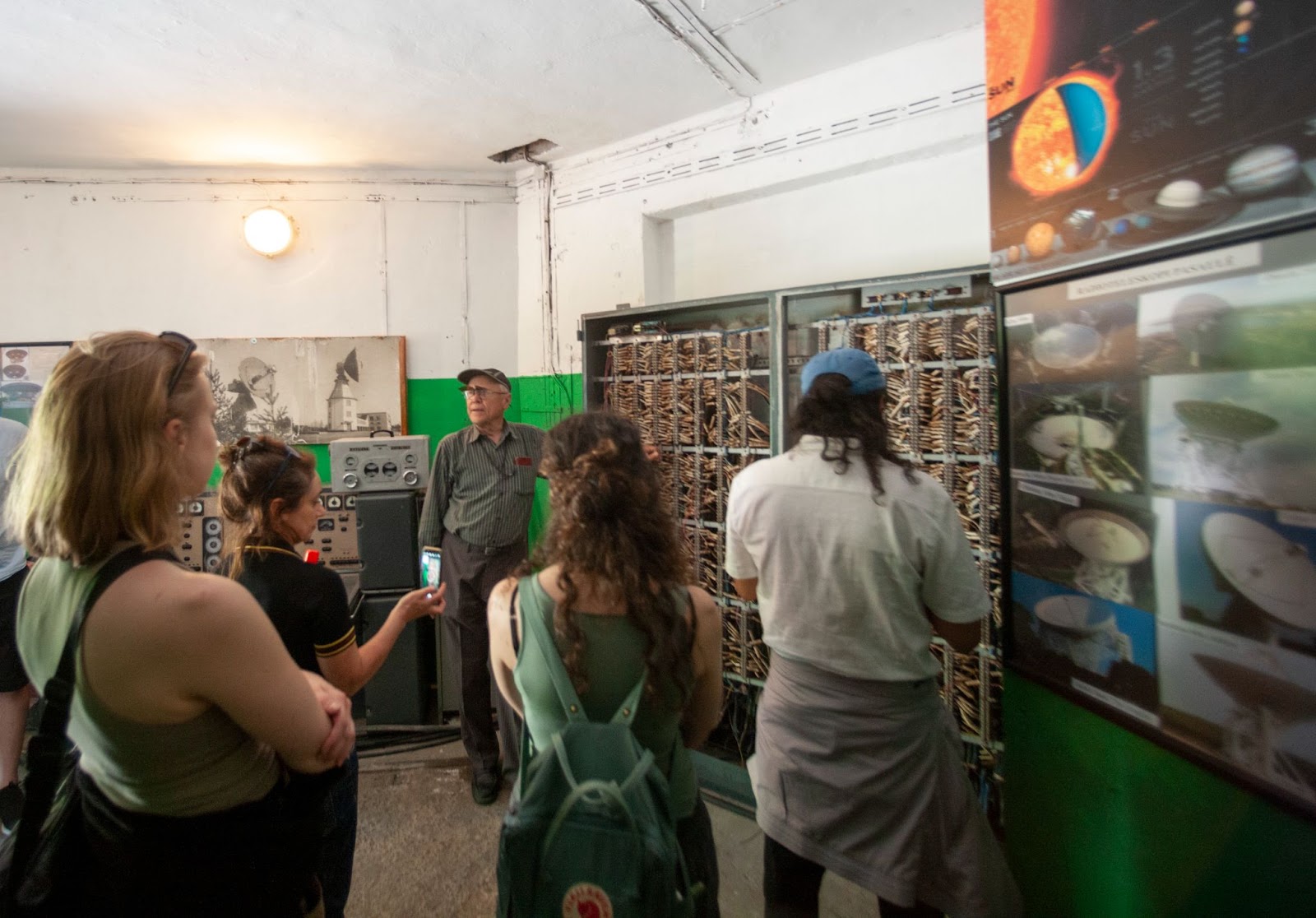 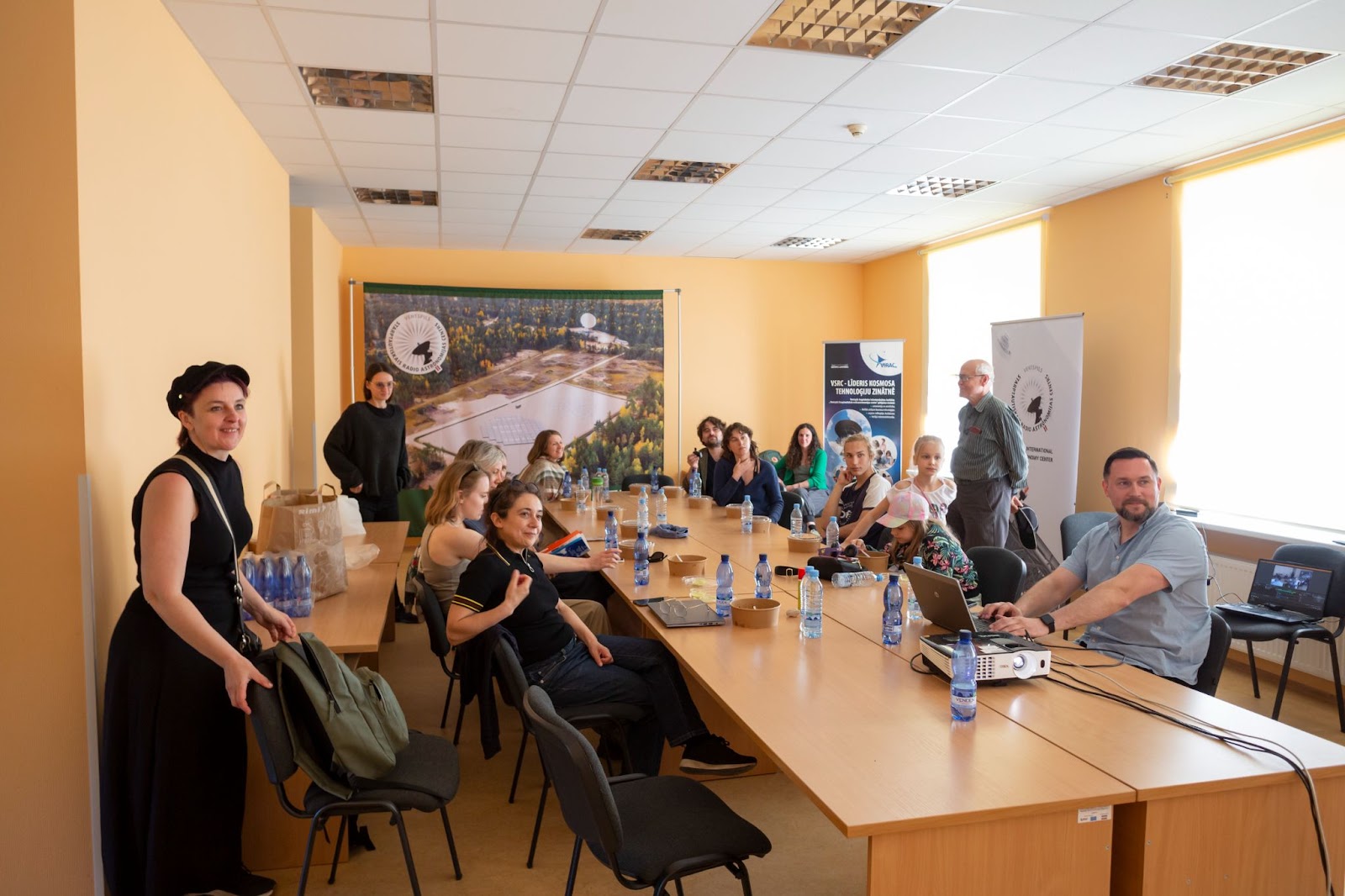 “We like to imagine ourselves as rational beings who think and speak, yet to live means first and foremost to look, taste, feel, and smell the world around us.” (Coccia)

Imagine that you are connected to everything you hear, feel, or smell right now… Or just think that 90 percent of cells that constitute our body are non-human… And how much we are aware of the so-called "critical zone" (Latour), a tiny layer around the planet, in which we live, yet where all life has been formed... What kind of processes, relations, and aesthetics can tackle a more-than-human approach? Are there any mediums, technologies, or practices that better can help us to become more 'sensitive' to others and our environments? 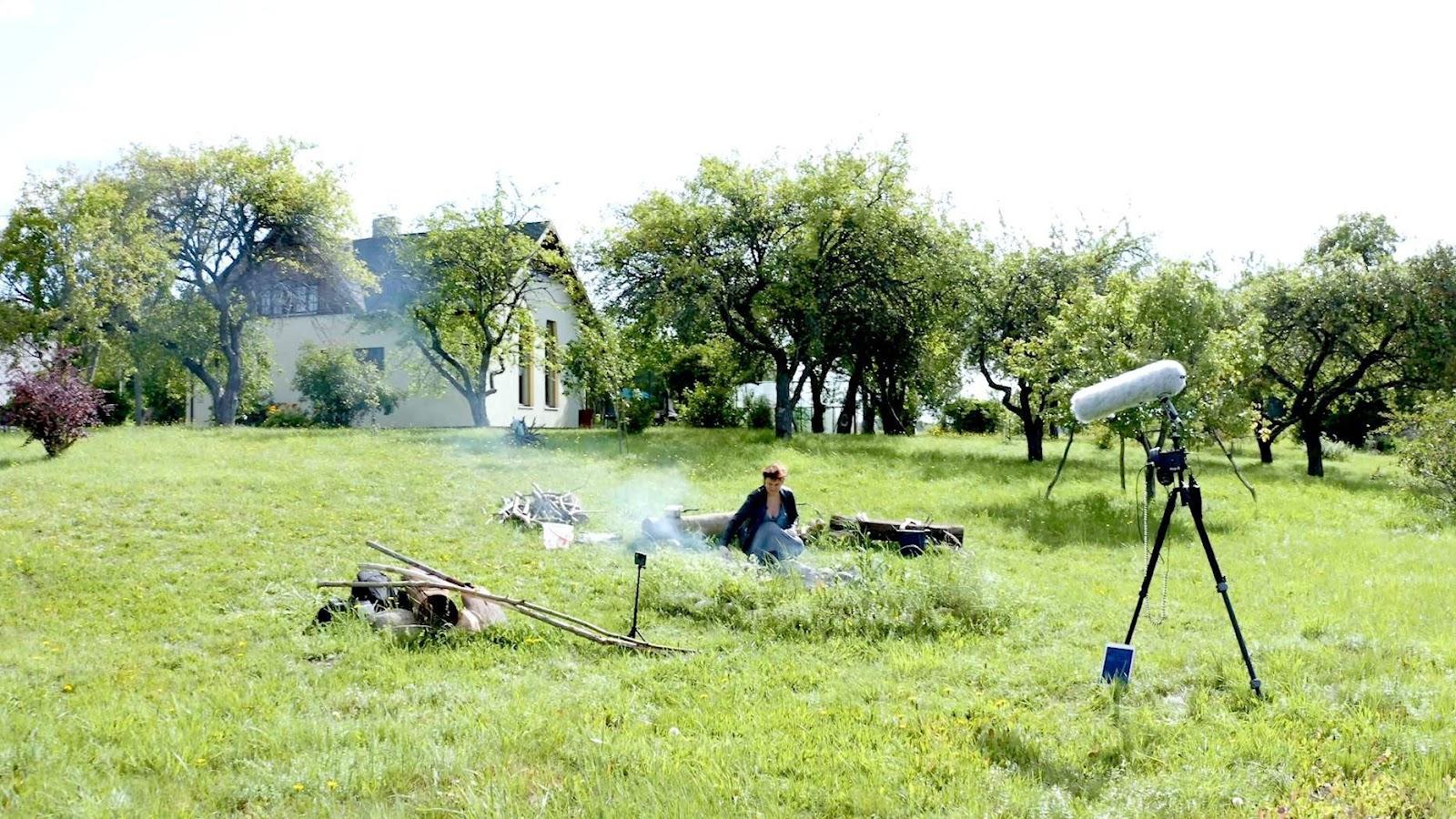 Seeking answers to the questions above, the SOTAN symposium “More-than-Human Ecologies'' will be organized by RIXC with two fold intent: First, is to show and discuss practices and methodologies by artists and designers working with nature, renewable energy, scientific data and sensing technologies. And second, is to establish an interdisciplinary platform for a dialogue and broader discussion on sustainable future visions of the European Green Deal and New European Bauhaus and its relation to the North.

We ask: How do these political guidelines relate to the art and cultural practices already implemented in North Europe (such as the innovative project “pond battery”)? What is the possible future scenarios of New Bauhaus with regards to the Baltic countries, which have their own specific “heritage” of post-soviet aesthetics such as, for instance, Irbene Radiotelescope site, which is the Symposium venue of the second day...

As a result of the symposium workshops and discussions, a blueprint for conceptually new  “more-than-human” perspective will be developed, based on revising the notions of “green futures” and “beautiful europe”, which today are affected not only by climate change, but also by ongoing war…

The RIXC Fields residence is the venue of the 1st day of the symposium, while the accommodation for the symposium participants will be provided at the Pedvale Art Park artist residence – the recently renovated Fircks-Pedvale manor house. The first symposium day will feature the Pond Battery workshop by artists Rasa Smite and Raitis Smits, introducing how to make "green" batteries, which use microorganisms to produce electricity, while the Baltic and Nordic artists, researchers and designers will introduce their future visions of how to use art, design and research practises, in order to create a more sustainable future.

Irbene Radiotelescope is the venue for the 2nd day of the symposium - with the discussions on the “ecologies of the post-soviet military industries” at the Irbene Radio Telescope will feature “Lunch Talks with scientists” it will refer to the Acoustic Space symposium organized by RIXC 20 years ago in 2001 and exploring what has changed in society, in art and science after 20 years and what is the potential of this interdisciplinary cooperation in the rest of the 21st century. 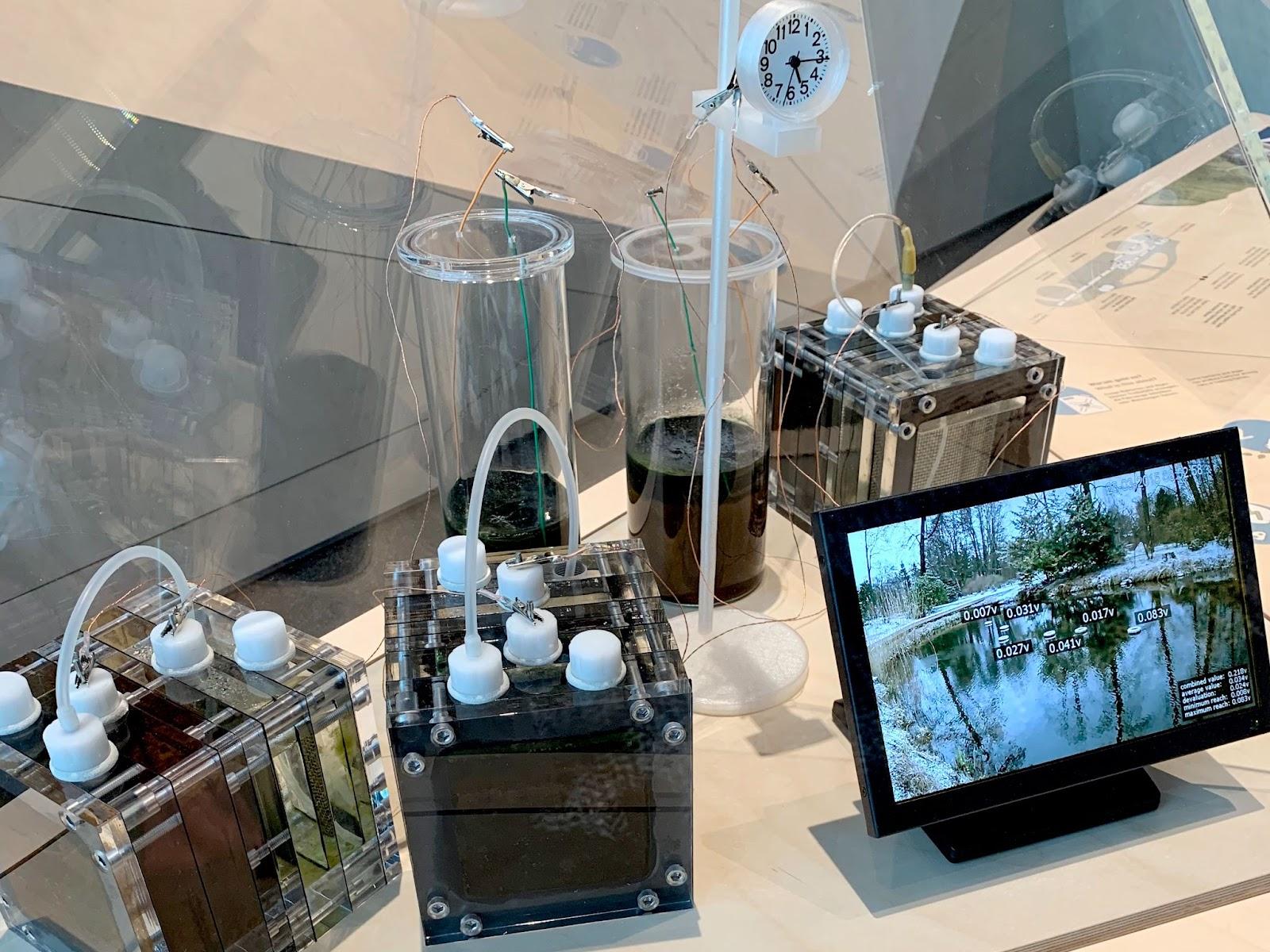 The Symposium is organized by RIXC Center for New Media Culture, Riga, Latvia, which is a part of SOTAN network.

State of the Art Network is a Nordic-Baltic transdisciplinary network of artists, practitioners, researchers, and organizations who have come together to discuss the role, responsibility, and potential of art and culture in the Anthropocene.

State of the Art Network is coordinated by the Bioart Society and supported by Nordic Culture Point, Nordic Culture Fund, and A. P. Møller Foundation.

The symposium and residency is supported by the State Culture Capital Foundation of Latvia.